The European Commission has advised EU countries to check beef products originating from the Netherlands for horse meat. According to the German authorities, almost every German state received tainted Dutch meat. 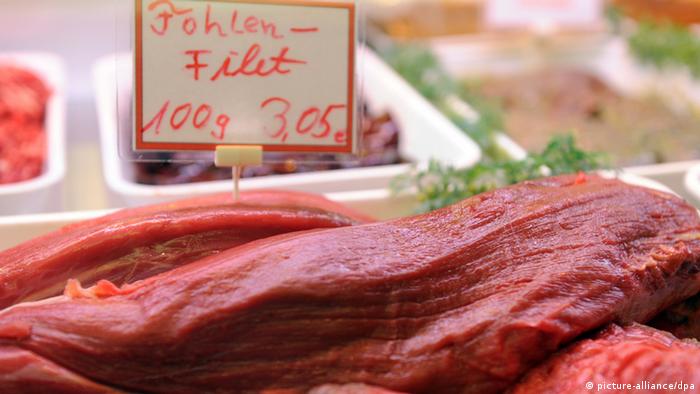 Dutch companies distributed falsely labeled beef to 16 EU countries between January 1, 2011 and February 15 of this year, the European Commission said on Thursday. At least 370 businesses had received the meat, including stores across Germany.

Dutch officials confirmed the information with the European Commission on Thursday following a mass recall of suspicious meat as a "precautionary measure" the previous day.

Food labs usually only check meat for what they suspect might be in it - a lot could pass unnoticed. Now, German researchers have come up with a single test for meat products to identify as many as 50 different animals. (04.03.2013)

"At this stage, the origin of the meat is unknown, but Dutch authorities acknowledged that horse meat had been mixed with beef," he said.

An estimated 50,000 tons of beef are suspected of containing traces of horse.

"If you don't know where the meat originated, then it's, on principle, not suitable for human consumption," the Dutch consumer protection spokesperson Benno Bruggink said, according to the news agency DPA.

The scandal follows a series of similar revelations earlier this year, when more than a dozen European countries began testing for horse DNA in beef products, including many frozen goods.

Germany's Federal Ministry of Food, Agriculture and Consumer Protection responded to renewed fears among consumers by informing regional food inspectors of the situation, "so that investigations could be carried out immediately," it said in a statement.

The Netherlands estimated that 124 German businesses could have been affected between 2011 and February of this year.

The state-level investigations would seek to retrace deliveries originating in the Netherlands and, if necessary, remove tainted products from the shelves, the German agricultural ministry said.

All of Germany, with the exception of the state of Saarland and the city-state Bremen, have received beef products from the neighboring country.