Tanzania's new president John Magufuli appears to be capturing the imagination of the population with his unusual zeal for saving government money. Not even Independence Day celebrations have been spared. 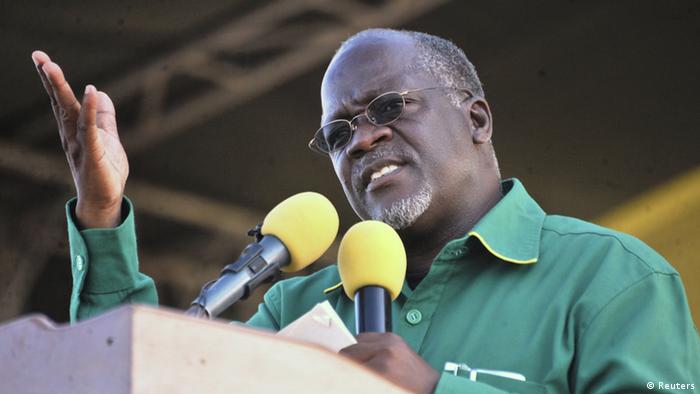 No one saw it coming. Tanzania's president John Magufuli surprised the whole nation when he announced his decision to cancel this year's Independence Day celebrations. There would be no lavish party with speeches, dances and food. Instead Magufuli wants Tanzanians to spend December 9 cleaning their streets and yards.

In the first month of his leadership, Magufuli has stayed true to his nickname "Bulldozer." Determined to cut unnecessary government expenditure, he reduced the number of delegates attending the Commonwealth summit in Malta from 50 to just four. In future, only the president, vice-president and prime minister will be eligible for first class or business class flights. All other government officials will have to fly economy class.

Magufuli also downsized the budget for the opulent state dinner that usually marks the opening of parliament. The savings have been used to buy beds for the Muhimbili Hospital, one of Tanzania's biggest state-run clinics, in the city of Dar es Salaam.

Such public displays of thrift and austerity appear to be turning Magufuli into a star on social media. Someone even came up with the verb "to magufulify." It has three definitions: "To render or declare an action faster or cheaper; to deprive [public officials] of their capacity to enjoy life at taxpayers' expense; to terrorize lazy and corrupt individuals in society." 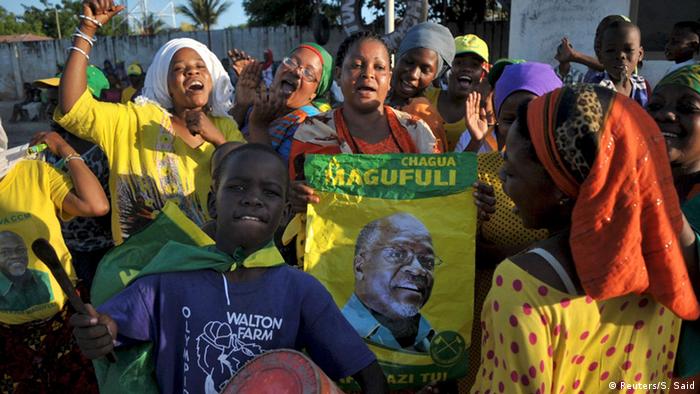 With the hashtag #WhatWouldMagufuliDo, thousands have taken to Twitter to say how they initially wanted to spend money on something but changed their minds after thinking of Magufuli. "I wanted to go to out for lunch, then I thought to myself #WhatWouldMagufuliDo? I've ended up having an ice sandwich." The user posted a picture of two slices of toast with ice cubes. Citizens from neighboring Kenya in particular are using social media to express how they wish they had a president like Magufuli. "Kenyans believe it is a good step for Tanzania to be a positive example. Maybe our president will follow that example and reduce government expenses so that we Kenyans can be better off," Kenyan journalist Fred Ng'etich told DW.

Magufuli has vowed to fight incompetent government officials and use the government's money more effectively. He has openly criticized acts of corruption and mismanagement by his own party Chama cha Mapinduzi (CCM) which has been in power since 1977. "I'm telling government officers who are lazy and negligent to be prepared: They were tolerated for a long time. This is the end," he warned in his first speech before the parliament.

Even the opposition admits that this has been a good start for the president. But there are fears that Magufuli is running a one man show and making decisions, even positive ones, without regard to existing laws. "We, as the parliament, have to support his efforts of increasing accountability in the country, but we have to make sure that all this happens on the base of our rules and regulations," says Zitto Kabwe, one of the leading opposition parliamentarians.

Magufuli has taken longer than any other Tanzanian president to form a new cabinet. His choice of the relatively unknown parliamentarian Majaliwa Kassim as prime minister could be a sign that lesser known faces will replace CCM heavyweights in the cabinet. During the presidential campaign, the ruling party sported the slogan "Hapa Kazi Tu," which roughly translates as "strictly business" or "actions only." The next five years will show if Magufuli can live up to it.

Five workers from a Tanzanian gold mine survived more than a month deep underground after their mineshaft collapsed. The survivors have described the harrowing experience of being trapped so long in a dark cave. (17.11.2015)

Tanzania has sworn in its new president John Magufuli. Meanwhile international and local leaders are still negotiating the future of the annulled elections in semi-autonomous Zanzibar. (05.11.2015)