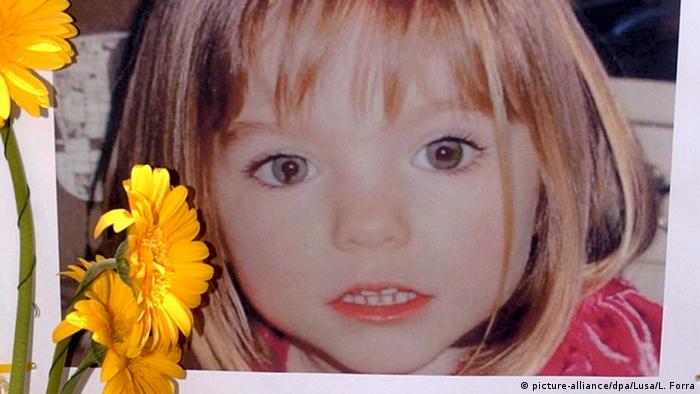 German police believe McCann is dead, but the British police are still probing the matter as a missing person's case.

The parents of Madeleine McCann, a British girl who went missing in Portugal 14 years ago, are marking her 18th birthday on Wednesday.

McCann vanished from her family's holiday flat in the Portuguese resort of Praia da Luz in 2007, as she was sleeping while her parents dined at a nearby restaurant. Despite an international manhunt, no trace of her has been found.

McCann's family said they would have a small celebration at home and would not comment on the case unless there was a "fundamental" development. According to a source cited by the AFP news agency, the parents wanted to protect Madeleine's younger brother and sister from media attention.

A week before Madeleine's birthday, on the 14th anniversary of her disappearance, her parents, Kate and Gerry McCann, had written about the years that had been "lost or stolen" without their daughter.

They said they hung onto the hope, "however small, that we will see Madeleine again." The parents added that the year of Madeleine's 18th birthday was "particularly poignant."

The probe into McCann's disappearance 14 years ago focuses on a 43-year-old German man, Christian B. Prosecutors announced in June 2020 that they believed Christian had kidnapped and murdered the girl, after years of searching for a firm suspect.

Christian B. has a string of prior convictions, including child abuse and rape. German prosecutors have said that they have "concrete evidence" that she is dead, although British police continue to treat her disappearance as a missing persons case.

Police investigating the 2007 disappearance of Madeleine McCann are digging up a plot of land in the northern German city of Hanover. Prosecutors say the operation is part of a murder probe into a German suspect.

The operation was part of a murder investigation involving a German suspect, prosecutors said. Local media claimed the foundations of an old cellar had been found, but police did not reveal what they were looking for.

The European Court of Justice attorney general said the suspect will face conviction stemming from a previous rape case. It could have a massive effect on his standing in the Madeleine McCann case.