A rerun vote in a tiny village has secured victory for the conservatives led by former Prime Minister Nikola Gruevski. A single polling station opened on Sunday after reports of irregularities in the December 11 vote. 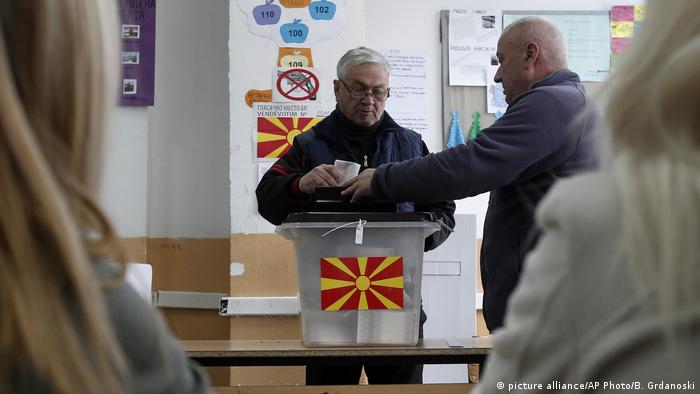 The Christmas Day rerun involving about 700 registered voters in the village of Tearce failed to change the outcome of the December 11 parliamentary polls, local media reported.

The state election commission confirmed late on Sunday that the provisional and razor-thin victory for the ruling nationalist VMRO party stands.

The new vote was ordered following complaints about voting irregularities from the opposition Social Democrats in the original poll.

Tearce, a small village 50 kilometers (31 miles) northwest of Macedonian capital Skopje, reopened its polling station on Sunday morning despite accusations from former Prime Minister Nikola Gruevski that the opposition was trying to "rob" the VMRO of victory. 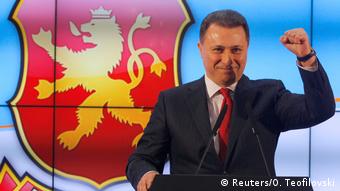 Gruevski stepped down in January amid a wiretap scandal

Gruevski will now need to form a coalition government with one or more of the Albanian-minority parties, as he has done in the past.

Analysts said this time, coalition-building will be complicated by the emergence of two new Albanian-minority parties.

Will a line be drawn?

The original election was called as part of a Western-brokered deal to defuse a two-year political crisis sparked by a massive wiretapping scandal. The left-wing opposition blamed Prime Minister Nikola Gruevski for an illegal wiretapping operation targeting more than 20,000 people.

Gruevski has governed Macedonia for the past decade. He has denied wrongdoing, blaming the wiretaps on unspecified foreign spies.

In the past, Macedonian elections have been dogged by allegations of irregularities.

Election observers from the Organization for Security and Cooperation in Europe (OSCE) said the election campaign had taken place in an environment "characterized by public mistrust in institutions and the political establishment, and allegations of voter coercion."

Nearly 67 percent of Macedonia’s 1.8 million registered voters cast ballots in the December 11 polls, one of the highest turnouts in recent general elections.

Voting has begun across Macedonia as ex-prime minister Nikola Gruevski seeks another chance to lead the country. He stepped down from his fourth term in January amid a corruption and surveillance scandal. (11.12.2016)