Political parties in Macedonia have agreed to hold an early parliamentary vote on December 11. Polls, originally set for April this year, have been cancelled twice. 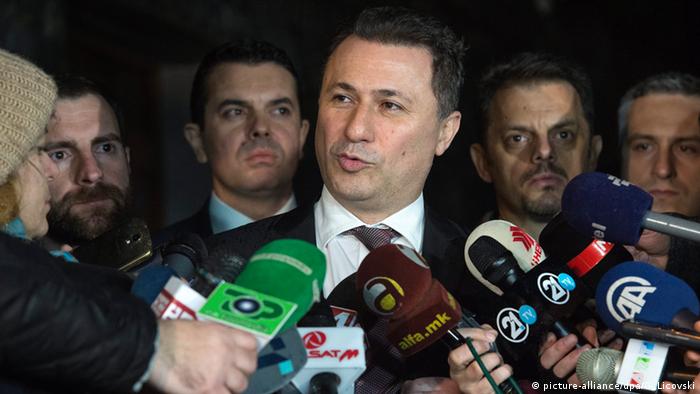 Both the governing conservatives and the main opposition Social Democrats agreed the small Balkan republic would hold parliamentary polls on December 11.

This year the annual WorldRiskReport published by UN agencies focuses on logistics and infrastructure. Recent floods in Macedonia are a good example of failed disaster prevention and neglected infrastructure. (25.08.2016)

Investor paradise Macedonia is a nightmare for workers

Macedonians who can find jobs are told to consider themselves lucky. But it's unclear whether the luck is good or bad in a country where the minimal existing protections for workers are often blatantly ignored. (07.08.2016)

At least 20 people have been killed in freak storms that caused flash flooding in the Macedonian capital, Skopje. Police say rescue teams are still searching for a number of possible victims. (07.08.2016)

Macedonian President Gjorge Ivanov has revoked all of the pardons he granted to officials implicated in a wiretapping scandal. The president had halted investigations into 56 officials, prompting widespread condemnation. (06.06.2016)

The deal was reached after a six-hour meeting, brokered by the European Union, which saw party chiefs agree on forming a cross-party body to monitor the election campaign. The body will be installed 100 days before the vote.

The former prime minister and head of the conservative VMRO-DPMNE party, Nikola Gruevski, said he decided to agree to any opposition "just not to give them the alibi to postpone the elections once more."

The election had originally been set for April 24, but was then postponed to June 5, and again put off indefinitely after pressure from the European Union and NATO that the polls would be illegitimate.

The opposition had threatened to boycott the vote amid an 18-month political crisis following a wiretapping scandal in which the conversations of more than 20,000 people were monitored. The two main parties traded blame for the wiretaps.

Early elections were part of the internationally brokered deal aimed at defusing the crisis.

According to the previous deal, lawmakers need to approve a caretaker government 100 days before the December 11 elections. The opposition will head the ministries of interior and labor, and will nominate deputy ministers in finance and agriculture.

The opposition, according to the deal, will also nominate an editor-in-chief of the national TV broadcaster's news program.

The Macedonian 'Colorful Revolution' goes on