Luther in the city of Worms

Martin Luther's appearance before the Diet of Worms was a turning point in ecclesiastical history. But finding traces of Luther in the town today takes some imagination. 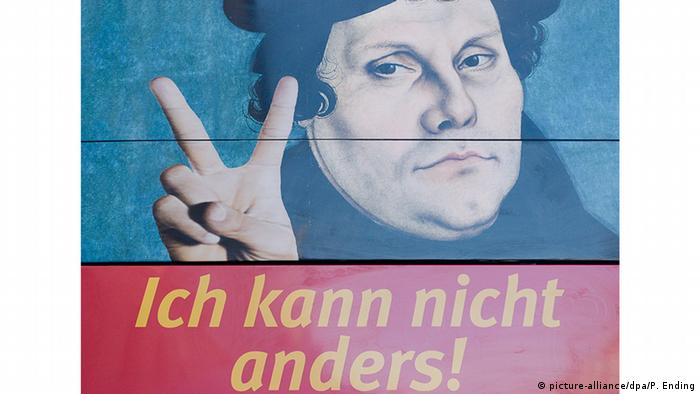 In Worms's Heylshof Park you can literally trace the Reformer's footsteps. Two large bronze shoes mark the place where Martin Luther, the theology professor from Wittenberg, (1483-1546), stood in 1521 when he refused to recant his doctrine at the Diet of Worms. But as significant as his ten-day stay in Worms proved for the history of the Reformation, Worms can offer few authentic sites associated with Luther.

"After World War II, Worms was the site most closely associated with Luther in the West, since none of the others were accessible," explains Volker Gallé, Worms Cultural Coordinator. Because Eisenach and Wittenberg lay behind the Iron Curtain, the town with 80,000 inhabitants in the Rhineland Palatinate became the setting for many central West German commemorative ceremonies and church conferences. 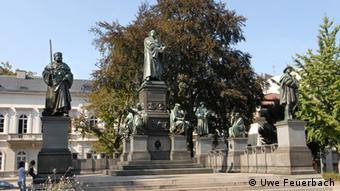 "Were there as many devils in Worms as tiles upon the roofs of the houses, I would still enter it," Luther is said to have dismissively remarked, upon being warned before he went to Worms. His followers suspected that the safe conduct promised to him was a trap. Before his historic speech, the 37-year-old is even said to have narrowly escaped a poisoning attempt in his lodgings at the Johanniterhof. Tour guide Gisela Neumeister tells visitors on Reformation tours about the legend of the wine glass that was said to have burst just as Luther put it to his lips.

Luther had already been excommunicated by the Church in the spring of 1521 for his theses. However, he did have the support of a number of German princes, who secured for him the opportunity to make a final speech in his own defence before the Diet, or deliberative assembly, of Worms and Emperor Charles V. On his journey, during which he suffered from severe stomach cramps, he was greeted enthusiastically by supporters.

The appearance of the man denounced as the “great master of heretics” did not play out as the emperor and the Church expected: the reformer in a monk’s habit declared that he could not go against his own conscience by recanting his views. He felt they were confirmed by the Bible. He did not actually make the pronouncement “Here I stand, I cannot do otherwise”, but that does not reduce the historical importance of his speech. He is recorded to have said “God help me. Amen.” 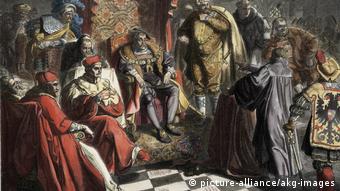 The princes and the emperor were not impressed. Charles V’s Edict of Worms not only banned Luther’s writings, but also denied him support and declared him an outlaw. When the edict was published in the May however, Luther was already in the safety of Wartburg Castle in Eisenach.

A quick tour in Luther’s footsteps through the town on the Rhine proves disappointing, as it was severely damaged in many wars. Where the Johanniterhof once stood, soulless post-war buildings tower. Only a plaque next to the local Woolworths serves as a reminder of the famous guest. Worms’s bishop’s palace, the site of the Diet, was destroyed in the seventeenth century. A private foundation has opened a park there. Gisela Neumeister says that visitors from abroad in particular feel a magical attraction to the original site. “For many people it is the highlight.” 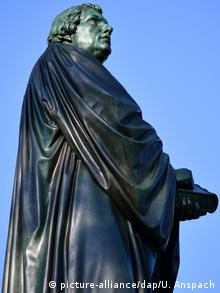 The shortage of sights associated with Luther was felt by the citizens of the mainly Protestant town as early as the nineteenth century, so the world’s largest monument to the Reformation was built in 1868, assisted by donations from home and abroad. A larger-than-life Martin Luther stands on a plinth in the middle of a group of statues, surrounded by fellow reformers such as Philip Melanchthon and Philip the Magnanimous and earlier pioneers of church reform such as Jan Hus and Peter Waldo. The tour also takes in St. Magnus’s Church, a small church where Lutheran teachings were soon adopted and Protestant sermons delivered early on.

Worms is expecting a minor boom in tourism in 2017.  Cultural Coordinator Gallé says that, to mark the 500th anniversary of Luther’s nailing his theses to the church door in Wittenberg, the town will be presenting its own Reformation history. An educational, multi-sensory themed walk on Luther's stay in Worms has just been inaugurated. Loudspeakers in the trees pose moral questions to passers-by below.