The aircraft bound for Philadelphia was empty at the time of the accident. Ten people, including ground staff and firefighters, have been taken to a hospital with complaints of irritation in respiratory tracts. 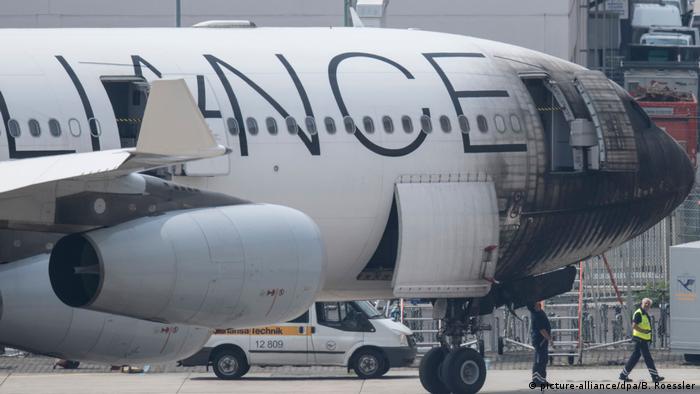 The severely damaged Airbus A340-300 plane belonging to Lufthansa, a Star Alliance carrier.

A Lufthansa plane was badly damaged in a fire on Monday at the Frankfurt Airport.

The incident happened when a tug that was pulling the aircraft to a boarding gate caught fire. The plane bound for Philadelphia later in the day was not carrying passengers at the time of the accident.

The cause of the fire was not immediately known.

Nobody was seriously injured in the incident. Lufthansa said 10 people, including firefighters and ground staff, were treated for respiratory problems.

Frankfurt Airport authorities said the fire, which was "immediately" extinguished, did not cause any disruptions at Germany's busiest airport.

German flag carrier Lufthansa says it has replaced Irish rival Ryanair at the top of the list of airlines with the most passengers in Europe. The demise of Air Berlin played no small part in this, experts noted. (10.01.2018)

Lufthansa: More profitable than ever