Europe's biggest airline, Lufthansa, has lowered its 2015 profit outlook, blaming a cooling in the global economy and tough competition. For this year, the German flag carrier has kept its guidance. 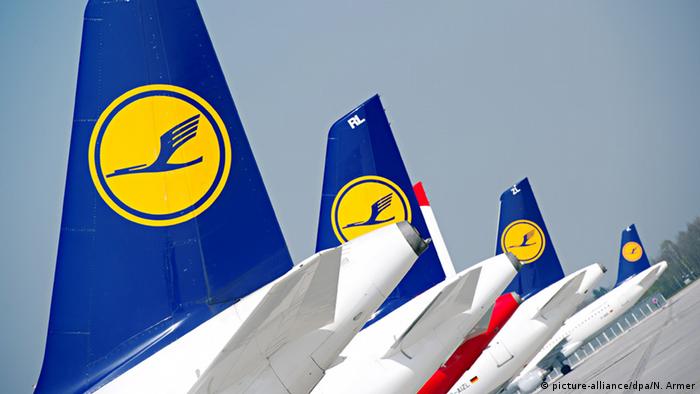 German airline Lufthansa is expecting a lower-than-expected profit for next year in the face of an "economic slowdown" in the global economy and "declines in passenger yields" amid growing competition in the industry.

"This is why we need to modify our projections for 2015, even though we expect it to produce an operating result that is significantly above this year's," Chief Executive Carsten Spohr said in a statement released Thursday.

Originally, Lufthansa was targeting an operating profit of around 2 billion euros ($2.5 billion) for next year. On Thursday, it refused to give an exact figure.

2014 goals within reach despite strikes

Europe's biggest airline also announced that it was confident of reaching its profit guidance for the current year, despite a series of strikes that had eroded earnings by 170 million euros.

The airline said it was expecting to post an operating profit of around 1 billion euros for the year, "excluding the impact of any further strike action between now and year-end."

Lufthansa has been hit by a series of walkouts by its pilots, who have launched nine strikes since April over management plans to curb generous retirement arrangements.

Nevertheless, the airline booked a 24.7-percent rise in net profit to 561 million euros in the third quarter alone, bringing the 2014 total to 849 million euros so far.

Germany: A republic on strike

"Trade unions representing a specific professional branch are nothing but a bunch of egocentric parasites," believes DW's Rolf Wenkel. No wonder - he's flying to Washington this weekend with Lufthansa. (01.10.2014)