Oscar-winning director Ron Howard revisits the legendary tenor in his new documentary, "Pavarotti." From his beginnings to his record-breaking Three Tenors albums, here's a look at the major stations of his career. 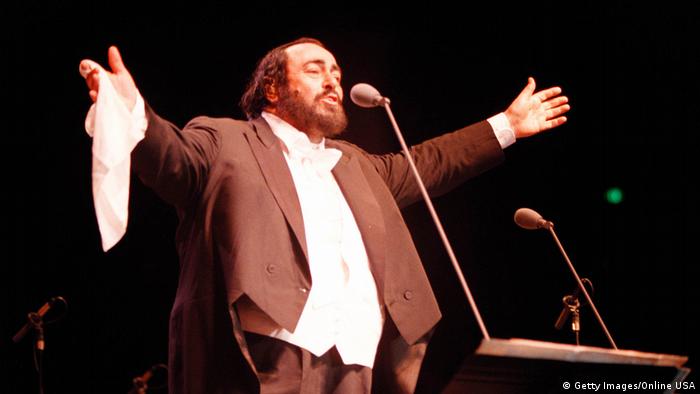 On September 8, 2007, up to 100,000 people gathered on the square of the Modena Cathedral, Luciano Pavarotti's hometown. Two days earlier, the operatic tenor had died of cancer.

The memorial service was telecast worldwide: It ended with the aerobatic display team of the Italian Air Force creating smoke trails in the colors of the national flag around the cathedral. It was the funeral of a king, Italian commentators all agreed.

The son of a cigar factory worker

Born in 1935, Luciano Pavarotti was born on the outskirts of Modena in northern Italy. His father was a baker, while his mother worked in a cigar factory — just like Carmen in Bizet's opera of the same name.

He had worked briefly as a primary school teacher when, at the age of 19, he finally decided to follow up his years of vocal training with serious singing studies. 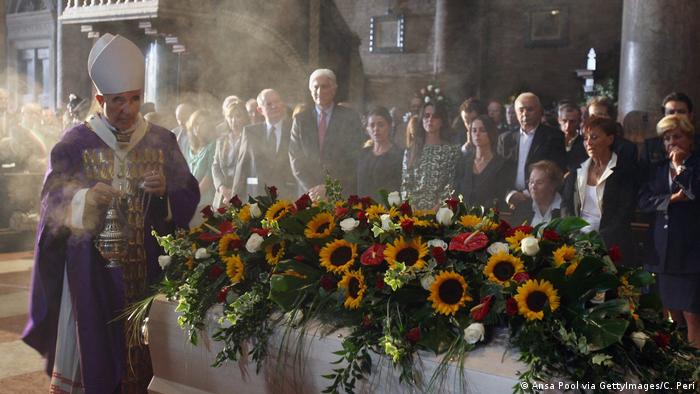 He first entered the opera world in 1961 as Rodolfo in La Bohème. His international breakthrough came a year later, with the role of Edgardo in Donizetti's Lucia di Lammmermoor, which went on to tour in the US and Australia.

The first pop star of the opera world

From then on, Pavarotti's star would keep shining, often far beyond the opera music world — he became the first classical artist to top the pop music charts with his recordings.

In 1990, World Cup fans also heard him perform alongside Placido Domingo and José Carreras — a trio known as the "Three Tenors." The recording of their concert in Rome, part of the supporting program of the FIFA World Cup held in Italy that year, became the bestselling classical album of all time. 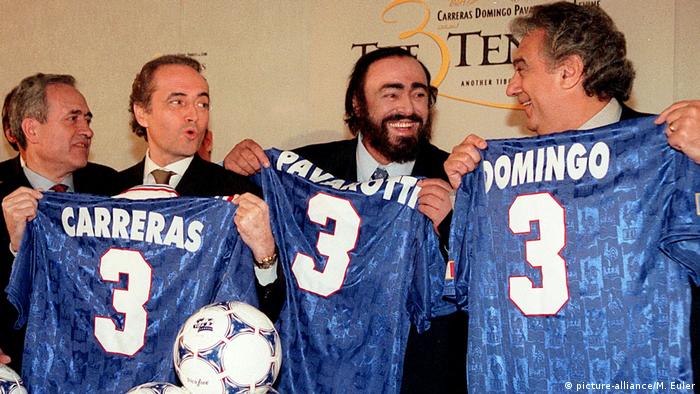 Some football fans might have initially confused Pavarotti with Bud Spencer, as both the opera singer and the actor had a full beard and a similar corpulence. By the early 1990s, Pavarotti's obesity started causing chronic heath problems. Concerts and opera performances regularly had to be canceled.

But when "Mr. Big P." did manage to perform on stage, the tenor's exceptional voice always managed to convince critics. He wouldn't shy away from using his operatic talent to revisit pop hits by stars such as Sting, Elton John or even Bon Jovi.

He also held charity concerts for various causes, such as children's aid projects in Afghanistan, Guatemala or Kosovo. The Maestro's name was also turned into a brand, with Pavarotti perfumes created in 1994.

Despite reports of disputes surrounding the settlement of his estate after his death, his exceptional talent and charisma make up his enduring legacy, as Ron Howard's documentary, Pavarotti, confirms.

Italian pop wouldn't be the same without Eros Ramazzotti, who's sold millions of albums all over the world. The singer is now releasing his 15th album, "Perfetto." Is it as perfect as the title suggests? (15.05.2015)

5 musicians whose acting skills are probably worse than you think

Whether they are opera stars or pop idols, when famous musicians test their skills in front of the camera, it doesn't always turn out to be a success. (18.07.2017)