Germany's umbrella union federation claims those with the lowest possible secondary education struggle to find apprenticeships, despite an alleged shortage of skilled workers. Businesses say the claims are misleading. 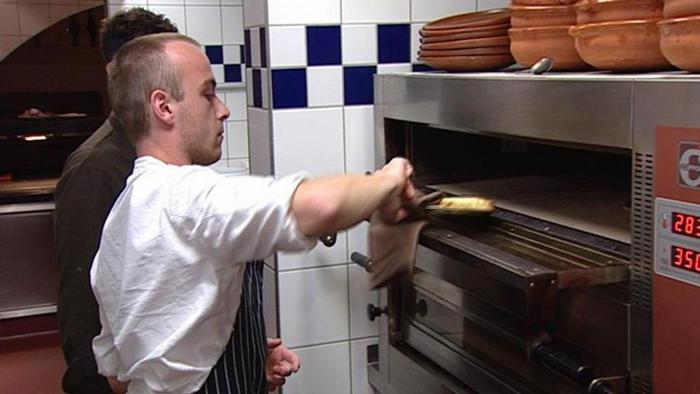 Germany's so-called "dual" system for vocational training has served as a blueprint for other countries keen to overhaul their education system - it's even been praised by Barack Obama, president of the world's top economy.

The system, which also exists in Austria and Switzerland, allows trainees to alternate between school and practical work experience in a company or organization for the duration of a two or three-year apprenticeship.

According to a new study by the German Federation of Unions (DGB), however, it is Germany's three-tier secondary education model that is keeping graduates with the lowest possible secondary qualification from benefiting from that system.

Originally intended as a way to provide basic education to prepare students for a practical, non-academic job, the "Hauptschule" - Germany's version of vocational school - has been under fire for years, with some experts calling for this type of school to be abolished. Critics say it carries the negative connotation of being a dumping ground for the weakest in society, who have little chance of moving up.

The DGB's study says that 61.6 percent of vacancies offered on the German Chambers of Commerce's (DIHK) job portal are not open to graduates from those schools, despite around 80,000 vacancies. 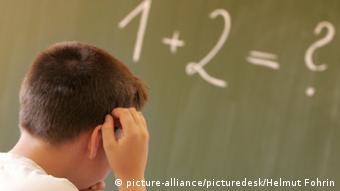 Some firms help new apprentices with basic skills, such as reading and math

"That doesn't tally with the never-ending complaints of an alleged skills shortage…" the DGB's deputy chair, Elke Hannack, said in the report.

But Esther Hartwich, who heads the DIHK's education and training unit, told DW that the number of those with low secondary education has dropped to just 17 percent of all graduates and that 75 percent of those do manage to get an apprenticeship position.

"So, the opportunities for those with low secondary education are very good," she said. "Two thirds of companies we polled said that they think it's possible to offer opportunities to weaker graduates," she told DW.

She also points out that the DIHK's job portal - which the DGB study is based on - is by no means comprehensive and that the wording in the vacancies reflects an ideal-case scenario and does not necessarily reflect who gets the job in the end.

"We have to ensure that companies are not left to fend for themselves when it comes to dealing with weaker young people or those with social problems. We have to make sure that we support companies so they can help those youths qualify and, thus, gain qualified staff," Hartwich said.

And since there are generally more vacancies than applicants as more and more students strive for a university degree, companies depend on every applicant.

It is not just companies, however, that need to step up to the plate. The education expert points out that schools need to focus much more on offering information and facilitating work experience, so students can figure out if a job is for them.

"And the company can also find out early on whether someone fits the bill," Hartwich told DW. She even recommends internships for teachers, so they are also up to date with what companies have to offer.

But companies also need to do their homework. Last year's "National Education Report," which was compiled by independent experts, found that German companies' education policies "do not focus on the future" and that the shortage of skilled workers is partly down to a lack of suitable training.

As the companies themselves, rather than a state authority, decide what apprenticeships are on offer, they can also decide whether someone is suitable or not. According to the "Federal Institute for Vocational Education and Training" (BBIB) when firms talk of an applicant being unsuitable for a traineeship to distract from the fact that there are not enough vacancies for a certain apprenticeship.

Often, these applicants are then forced to attend transitional programs that do not always lead to a proper qualification.

The DGB demands a change in mindset among companies that, according to the recent study, focus on "elite selection" rather than consider applicants with lower qualifications if the job does not require more. It cites the hotel and restaurant sector as an example, saying that despite a massive shortage of staff, over 60.5 percent of job ads exclude those with the lowest level of secondary education by asking for higher-level graduates.

But the DIHK's Hartwich points to so-called assisted apprenticeships and other assistance that mainly bigger companies offer their apprentices if their reading or maths skills fall short.

"Of course, it's much better if you can establish contact beforehand, via an internship," she told DW. Which is why business organizations have joined forces to guarantee 500,000 work experience places a year for potential apprentices with low qualifications.