Good vibes weren't enough to keep the world's biggest dance party in Berlin. The Love Parade decamped to the industrial Ruhr region after plans to keep it in Germany's capital fell through. Essen will be the first host. 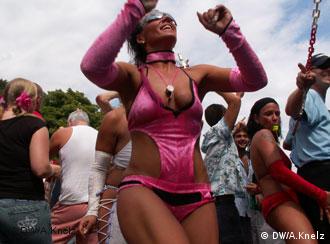 The Love Parade turns 18 this year. And like a self-respecting adult, it's moving away from home. It will look for a new start in the Ruhr region, Germany's industrial center in the western state of North Rhine-Westphalia.

The Saturday parade in Essen is the centerpiece of a four-day "Love Weekend" that includes more than 1,000 hours of music, 700 performers and 100 parties. Last year's parade in Berlin attracted one million visitors who grooved to the music of 230 DJs from 17 countries. Ravers gyrate to electronic dance music booming from sound trucks and fixed stages manned by internationally known DJs. 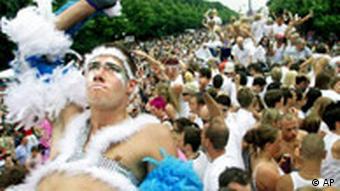 Feelin' the love in Berlin

Organizers of this year's show wouldn't say how many fans they expect to turn up in Essen. But the party will go on, with a parade of 27 floats planned. The Love Parade will remain in the Ruhr region for five years, but will lead a nomadic existence. Essen will be followed by the cities of Dortmund, Bochum, Duisburg and Gelsenkirchen.

The company that operates the event decided to move from Berlin after failing to agree on terms with the capital's administrators on a future concept for the parade.

The Love Parade was first held in 1989 as a private business venture. In the subsequent years, it's been exported all over the world, taking place in cities such as Tel Aviv, San Francisco, Sydney and Mexico City. Yet the German parade has faced problems finding sponsors and was cancelled in 2004 and 2005.

The events' trademarks are scantily clad dancers, intoxication and summer sun. Its appeal extends far beyond fans of techno music.

"We will beat Berlin in a number of factors," said Rainer Schaller, managing director of Loveparade GmbH, the company which operates the event.

The parade must go on 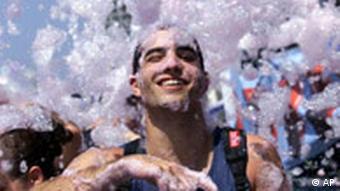 Schaller said the Love Weekend from August 23-26 will be the "longest Love Parade in history" in terms of duration.

A former center of Germany's coal and steel industries, Essen is now home to big corporations like ThyssenKrupp, a German industrial conglomerate and one of the world's largest steel producers.

A press release on the city of Essen's Web site promised that the Love Parade "is staying true to its principles" and will retain its urban character.

"The parade is a child of the big city and will remain an urban phenomenon," according to the press release.

Music, Beer and Peace For All As Love Parade Returns

A million ravers hit Berlin last year to dance in the sun with their shirts off and revive the techno spirit of the 1990s as Germany's Love Parade returned with a vengeance after a two-year break. (15.07.2006)

Hard rock may be on the upswing in Europe -- as the recent victory of a Finnish band at the Eurovision Song Contest has shown -- but the cool, urban sounds of electronica can be heard at many summer festivals. (28.05.2006)

Berlin's special atmosphere has inspired scores of tortured rock legends from David Bowie to Nick Cave. Now, anyone wanting to follow in their iconic footsteps can take a tour through three decades of rock history. (23.03.2006)