The plastic water-filled balls discharged into the city's reservoir will result in saving precious water from evaporation. They will also protect against dust, rain, birds and even chemical changes caused by the sun. 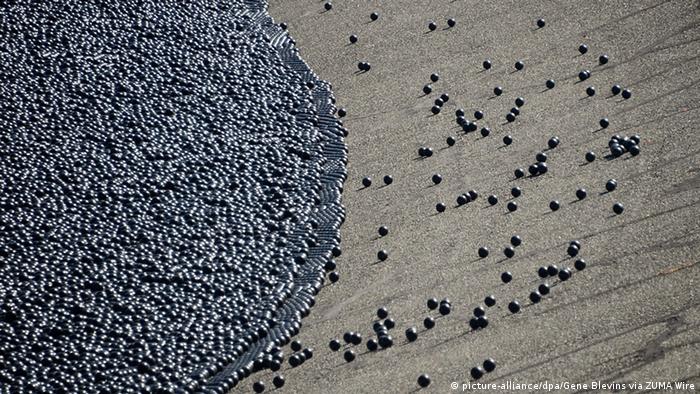 The city of Los Angeles has completed the pouring of 96 million "Shade Balls" into a reservoir in the city, a move which should prevent water from evaporate and protect the reservoir from dust, rain, birds and chemical changes. 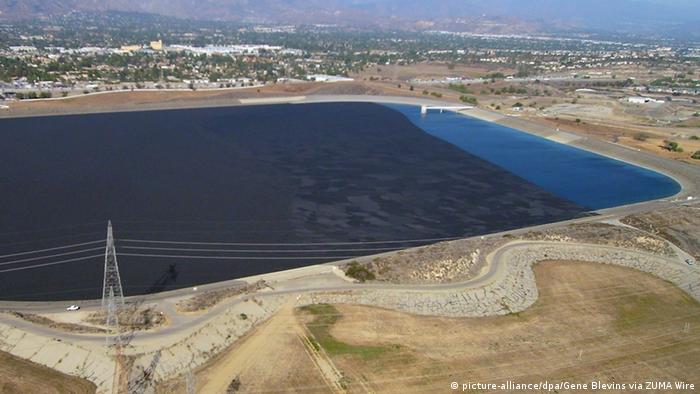 The gigantic ball pit is actually part of a $34.5-million (about 31-million-euro) plan to protect the city's water supply in the midst of the devastating California drought.

Los Angeles is the first city in the United States to use the water-filled 10cm-in-diameter (4 inch) black plastic balls. They are hollow, polyethylene orbs, coated with a chemical that blocks ultraviolet light and helps the spheres last as long as 25 years.

"This is a blend of how engineering meets common sense. We saved a lot of money and did all the right things," said the head of the municipal water department, Marcie Edwards. 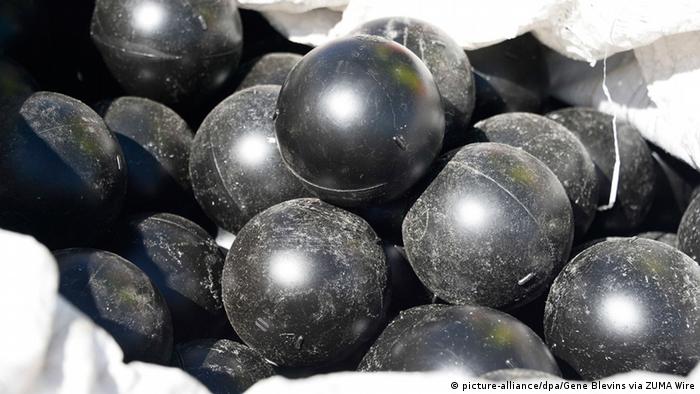 Los Angeles Mayor Eric Garcetti together with employees of the municipal water department in Los Angeles released the final 20,000 balls in the project on Monday. 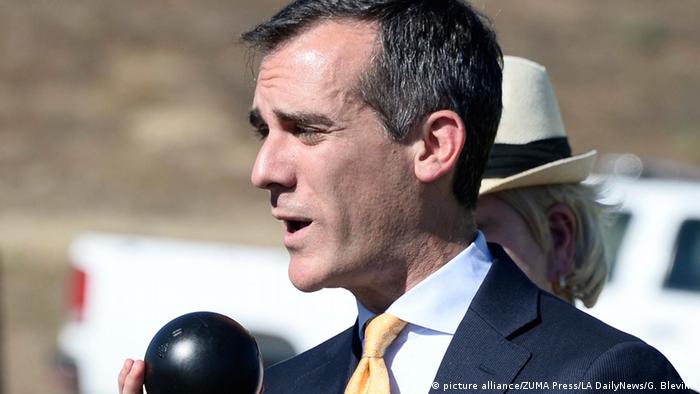 "The balls will conserve 300 million gallons of water that would otherwise evaporate every year," Garcetti said. "While it's meeting the minimum standards, we want to go beyond that and have the healthiest water so we've been spreading these balls everywhere." 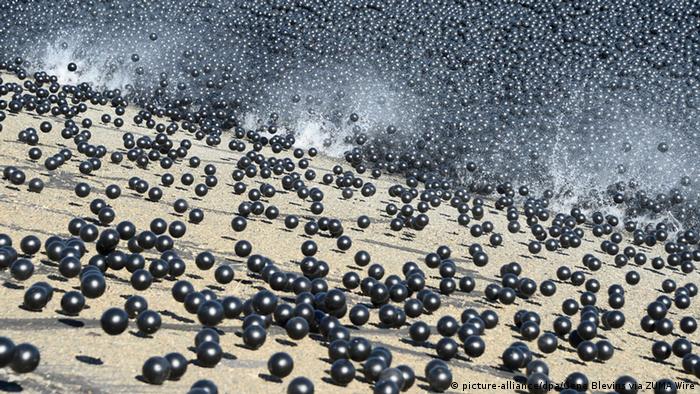 According to him, the city has already reduced its water use by 13 percent. The cost of the black balls, with a life expectancy of about 10 years, totaled $35 million, while estimates predict savings of up to $300 million. 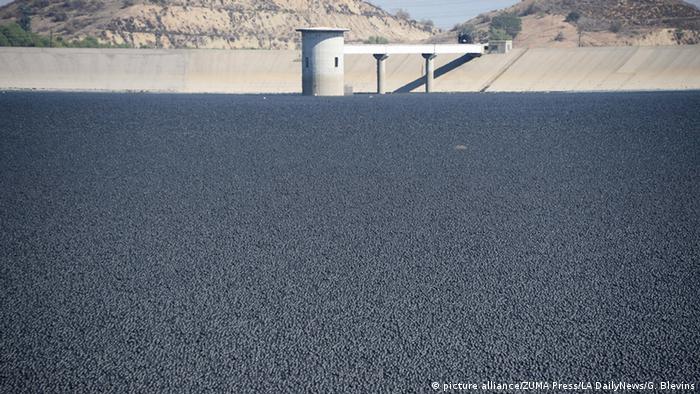