A painting may look like that of an Old Master, but how do museums know the work is genuine? An exhibition in London reveals the experts' detective techniques - and some of the fakes they've been fooled by. 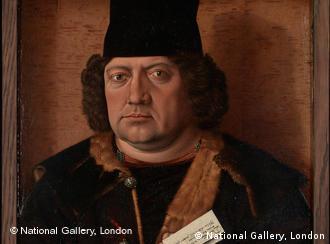 The first major exhibition of its kind, "Close Examination: Fakes, Mistakes and Discoveries" gives visitors a unique, behind-the-scenes view of the work done by the London National Gallery's team of scientists, conservators and art historians.

Running through September 12, the free exhibition unveils some of the secrets of how to spot a forgery, displays some unexpected discoveries, and reveals how even the gallery's greatest art experts have been duped.

"We do research on the collection in a continuous way and we think the public may be interested in that research, to learn more about their own collection and to have some of the questions and issues exposed," said Ashok Roy, the National Gallery's director of scientific research. "We thought this was a good moment to look across the whole collection and bring out some of the more interesting case studies that we've looked at over the last 20 years."

The truth is in the details

The National Gallery's scientific department was founded in 1934 and has become a world leader in the study of materials and techniques of Western European paintings. 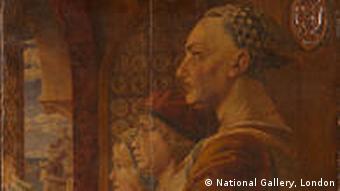 This forgery is a 20th-century remake of a Renaissance masterpiece

The first room of the exhibition is called "Deception and Deceit" and contains two fakes which are part of the National Gallery's collection, explained Roy, who has worked at the museum for 33 years and is also a curator of the exhibition.

One of the two counterfeit paintings has been identified as the work of an unknown early-20th-century forger. It's an ingenious fake which had the gallery's experts fooled until a combination of historical and scientific analyses revealed the truth.

"The picture was bought in the 1920's. In the 1960's a costume expert looked at the picture, there were already doubts," said Roy. "And they pointed out that the clothes worn by the group really were designs from 1910 so had nothing to do with Renaissance Italy. We've done a good deal of chemical analysis of the picture and that's told us there are materials which weren't available to painters in the 15th century - in fact, most of the pigments are 19th-century pigments."

Museum experts also discovered that the painting had an unusual varnish, made of a material called shellac which was used for furniture in the 19th century. With age, the material becomes yellowed and dark.

"What we think was done by the person who created this picture was to apply it to the paint so when it dried it began to shrink and that pulled the paint into a sort of cracking pattern which simulated age on the paint surface," explained Roy.

"Close Examination" isn't just about how the gallery can spot a fake, it also demonstrates how today's scientific methods can be used to reveal mistakes and make important discoveries. One of the paintings on display was originally bought as a work by the German artist, Hans Holbein, the Younger.

At that time, the National Gallery didn't own any works by Holbein and were particularly interested in acquiring one, which is why, speculated Roy, the authenticity of the work wasn't thoroughly examined. Using dendrochronology - a tree-ring dating technique - the museum experts were able to determine that the work, painted on an oak panel, was completed after Holbein's death in 1543.

In addition to tree-ring dating, Ashok Roy's department uses a variety of modern methods and tools illustrated and explained in the exhibition. They include pigment analysis, done on tiny samples using a scanning-electron microscope, infrared reflectography to detect carbon underdrawings, and ultraviolet and X-radiography which can reveal losses and changes to a painting.

Sometimes these techniques can turn up unexpected secrets hidden in the layers beneath the surface. 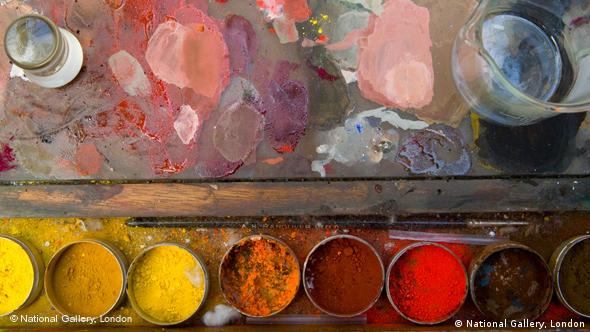 With such advances in scientific analysis, deliberate forgery of the Old Masters is understandably on the decrease, but Roy said there are still people who can make pretty convincing fakes - on the surface, at least.

"What's very hard to do is to make them convincing under the surface, to use all the right materials and right techniques," he said. "And, in fact, it is impossible to age paint artificially so it ends up in its exact chemical composition as paint that has aged over 300 to 400 years."

"Close Examination" also offers visitors a confession to one of the gallery’s greatest misjudgements: Sandro Botticelli's "Venus and Mars" is displayed next to a similar work of the same era, originally also thought to be his. Purchased at the same auction, the gallery actually paid more for the inferior imitation than for the genuine Botticelli.

An exhibition featuring gay, lesbian and transgender themes has opened in Warsaw's National Museum. It has stirred tremendous controversy in a country where the Catholic Church plays a major role in public life. (22.06.2010)