One thousand British pounds are on the line in a competition designed to personally insult Turkish President Erdogan. A German comedian is facing prosecution over a satirical TV spot that caused Erdogan to take offense. 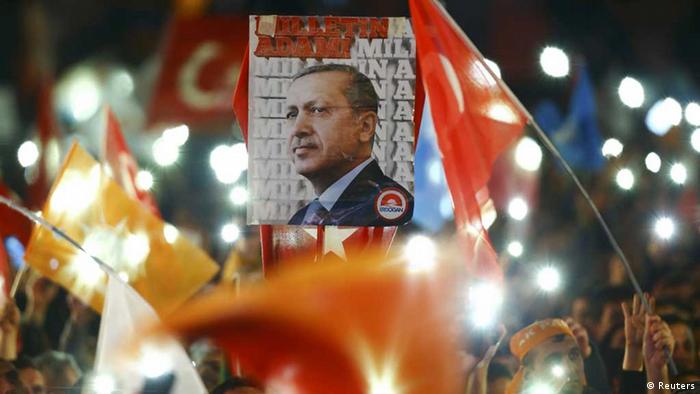 The British magazine "The Spectator" launched a contest on Monday that will reward the person who writes what it deems to be the best "filthy and insulting as possible" poem about Turkish President Recep Tayyip Erdogan with 1,000 pounds (1,266 euros, $1,440).

The lewd example provided by the creator of the contest, Douglas Murray, is in limerick form. While the magazine says "almost everything insulting that is worth saying can usually be included within the five lines of that beautiful and delicate form," it says it will not exclude other forms of poetry.

German late-night television host Jan Böhmermann recited a poem on public television that called Erdogan a "pervert" and "zoophile" who has sex with goats, represses Kurds and watches child pornography.

Quadriga - Germany’s Satire Affair - Who Will Have the Last Laugh?

Who will have the last laugh?

Turkey responded by requesting that Böhmermann face criminal prosecution. German Chancellor Angela Merkel has said the poem was "deliberately offensive" and that she would allow Turkey's request for prosecution to continue. In Germany, it is against the law to insult a foreign head of state, although Merkel has admitted it is time for the law to be repealed. Böhmermann has since been put under police protection as the charges are examined.

"The fact such a trial could even be contemplated demonstrates that Germany is becoming little more than a satrapy of Erdogan's," Murray writes in "The Spectator."

He adds "I'm a free-born British man, and we don't live under the blasphemy laws of such despots" before announcing the poetry contest.

Initially, no prize was offered, but the online story was amended to announce that a reader "who shares The Spectator's belief in the freedom of speech" had offered the prize of 1,000 pounds. In outlining the selection criteria, Murray writes "limericks will be excluded from consideration from the top prize if they are (a) not obscene or (b) non-defamatory" and encourages sexual jabs such as those in Böhmermann's poem.

Debate in Germany over Böhmermann's case has centered on where satire ends and deliberate insults begin in the context of a free press.

The magazine's website claims it is "the oldest continuously published magazine in the English language." Despite existing since 1828, the site reads, "The Spectator's taste for controversy remains undiminished."