Although there have been significant eradication efforts, poppy cultivation has increased in Afghanistan. So has the number of drug addicts, especially among children and women. 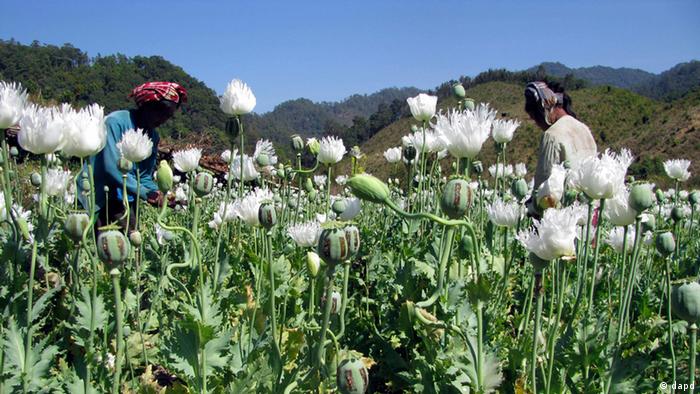 "My grandmother used to give me opium when I was ill and in pain," says Sohayla, a child drug addict who is nine years old. "Then I felt better."

She would like to go to school but her grandmother, with whom she has lived since birth, does not allow her to. 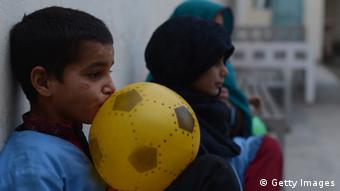 Doctors brought her to a drug rehab center in Balkh province in northern Afghanistan and the plan is to get her off drugs for good.

She has good chances, says the center's director Mohammad Dawood Rateb. Women and children are less likely to lapse than men because "their families usually force them to come here, whereas men are dependent on their own will."
Patients spend an average of 45 days at the center and then staff follow up on them for about a year afterwards.

'Drugs bring relief'
Last year, some 460 patients came to the center. Many of them are refugees who have returned from Iran and Pakistan. 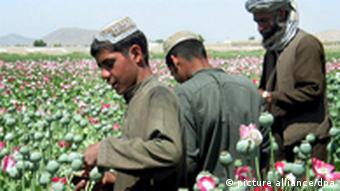 But, like Sohayla, there are many opium addicts who have not been abroad. Khorma Gul is around 60 years old - she does not know exactly. "My husband told me to take opium to alleviate my pains."

She says he is old and can no longer work. They argue frequently and she suffers from his behavior. Recently he beat her up when she was trying to protect her son; her husband said he would kill her. Then he told her to divorce him and find another husband.

"I always take drugs when I'm sad. They bring relief," she says. Now, she has checked into the center and wants to come off them for good. She's brought her 11-year-old son with her. He is also addicted to drugs.

"What should I have done?" she asks. "He cried and whined so much. We were poor and couldn't afford a doctor so I was forced to calm him with opium. I had no other choice."

Of the 1.3 million drug addicts in Afghanistan, some 300,000 are children. Mohammad Dawood Rateb says they need to be better protected from drugs.
He is hopeful about the future in Balkh. It is no longer known for being Afghanistan's drug center as it was a few years ago - opium cultivation has decreased there. 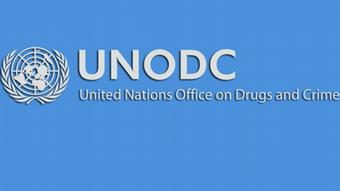 However, according to recent figures, it has increased in nine other provinces.

The United Nations Office on Drugs and Crime has called on the Afghan government and international stakeholders to address illicit poppy cultivation with balanced development and law enforcement measures.

Meanwhile, there are calls for more treatment centers for Afghanistan's many addicts.

Afghanistan's rural communities have once again increased the country's overall area under opium poppies, thus undermining government efforts to destroy such fields. But production has taken a blow. (20.11.2012)

Bad harvests, like the one this year, leave Afghanistan's small opium farmers with few options to pay back landowners. In desperation, some growers have reportedly committed suicide. (30.05.2012)

Dealing with Afghanistan's expansive poppy fields - and the ensuing opium trade - is central to the war against the Taliban and al Qaeda. While most of the drugs are exported, domestic use has now led to an HIV epidemic. (30.05.2011)