Literary Critics in Germany: Despised But Much Needed | Germany | News and in-depth reporting from Berlin and beyond | DW | 19.08.2007

Book reviews are known to incur the wrath of authors and publishers, as well as readers. That's why professional literary critics are not exactly the most popular bunch in Germany. 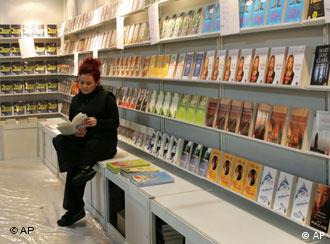 Who wil influence our decisions about what books to read in the future?

Literary critics enjoy a conflicting reputation in Germany. They are much needed when it comes to weeding out the most important out of 90.000 books that get published in the country year after year. Yet they are also seen as bigheaded know-it-all's who shred other authors to pieces as payback for their own unsuccessful writing careers.

Much has changed in the German marketplace for books over the past decade: Reviews no longer exist only in newspapers, journals, magazines and special book-broadcasts, but also on the Internet, written by readers for readers. Some see this as a trend that could endanger professional literary criticism. 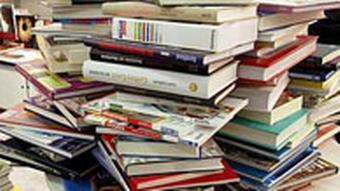 Critics are needed to single out the most important books

"You don't want to be a critic, because it has a bad reputation in the society," said critic Jörg Magenau, who writes for the nationwide Süddeutsche Zeitung. "Critics are people who are malicious about other people's accomplishments, while they themselves have nothing to offer -- that is the cliché of the critic."

"It's like being a guy who kind of freeloads off of other people's accomplishments. You don't want to be that guy. You want to be productive yourself. I think that's what's behind it," he said.

Indeed, literature critics in Germany have a reputation as humorless know-it-alls, who are disliked by authors, publishers and readers alike. Above it all, critics today are threatened by the publishers' marketing.

Reading in an accelerated marketplace

Reviewers have to read more and they have to read faster if they want to succeed in the accelerated publishing market. They also have to come to terms with the fact that their reviews are not paid well, unless they join the small and exclusive group of full-time critics for major newspapers or journals. 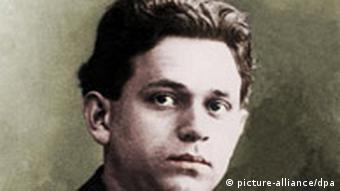 Sigrid Löffler, the "grand lady" of German literary criticism and publisher of the magazine Literature, is very skeptical about her own profession.

"I can only discourage people to be freelancing literary critics in this marketplace," Löffler said. "The critic would have to write a great number of reviews to be able to earn a living from his or her writing. Reviewers are paid per each line, so their reviews have to be very long. They also have to read faster and faster, and to produce their texts more rapidly. All of this is very ominous! It harms the quality of the texts, as well as the opinion," she said.

Elke Heidenreich, host of "Lesen" -- a successful TV show about literature -- strictly avoids the label "critic" even though she is sometimes referred to as Germany's female literary pope (in reference to Marcel Reich-Ranicki, Germany's most famous critic). She likes to call herself a middleman and not a critic.

"I am innately a literary critic, but with my role on TV, I am not a literary middleman," she said.

Is it because the word "critic" sounds too intellectual? What happened to the German tradition of criticism along the lines of Kurt Tucholsky, Alfred Polgar or Alfred Kerr? Is there anything left of that critical spirit? 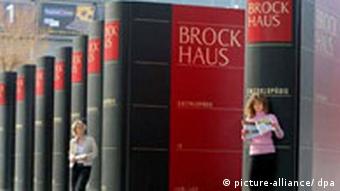 Pop-literature changed the world of criticism

"I think that the standards are getting lost," said writer, journalist and critic Hubert Winkels. "And not only the technical standards, but also the value and appreciation of what literature can be," he said.

Winkels believes that a shift happened within the practice of literary criticism itself, due to the hype which the success of pop-literature created in Germany ten years ago. Authors have become just like pop stars, books have become like top-ten-hits, and readings have turned into parties.

Nowadays, criticism is also forced to produce immediate effects and satisfy directly. This goes against the notion of what literary criticism traditionally stood for: written analysis of books.

Ready when the book is published 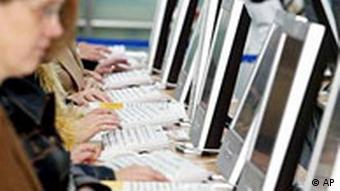 The Internet has become an important source for book recommendations

An anti-intellectual atmosphere in the German book industry is evident. There is an addiction to superlatives: praising books to heavens or sending them off to hell.

There is also a bizarre competition among German newspapers to review the top books so quickly, that critics sometimes don't even have enough time to read the books.

"The increasing trend is to write the review of an allegedly important book on the day that it is published," Löfler said. "Because of that, some of the really important new books are read negligently and quickly, because there is not enough time."

"On the day of publication, there are 150 reviews in the German-speaking area. A conversation among the critics is impossible. There is no exchange." she said.

Reviews are needed whether good or bad 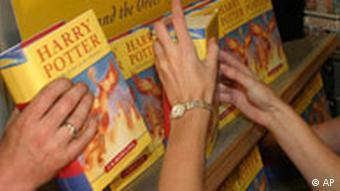 Many readers today consider book criticism as a kind of book recommendation, whether on the Internet or on television. There is a large amount of forums, where readers can exchange their reading experiences. Professional critics are thereby pushed aside.

Yet it is professional critics who prevent the descent of literature into utter consumerism.

When he likes a book, he spares no words extolling its virtues. But when he doesn't, all hell breaks loose. Marcel Reich-Ranicki, Germany's grumpiest literary critic, turned 85 on Thursday. (02.06.2005)

The impact of the web on the world of the novel remains clouded in uncertainty, industry players at the Frankfurt book fair said Wednesday as they began discussing ways to weather the change. (19.10.2005)