Linguist: ′There′s a difference between learning words and learning a language′ | Science | In-depth reporting on science and technology | DW | 22.07.2015

Linguist: 'There's a difference between learning words and learning a language'

A New Zealand Scrabble star memorized the French Scrabble dictionary for a competition, but that doesn't mean he knows French. Linguist Marije Michel talked to DW about learning words and speaking a language. 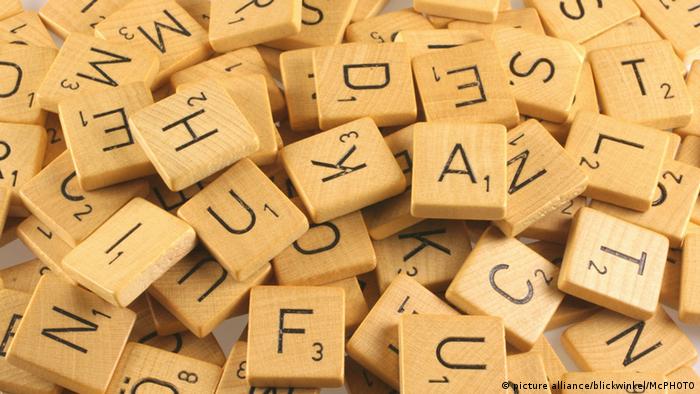 DW: Nigel Richards from New Zealand won the Francophone Scrabble World Championship without speaking French. He memorized the French Scrabble dictionary over the time of just eight weeks. How is that possible?

Marije Michel: What's important is that this guy didn't learn French - he learned French words. There's a huge difference between learning a language and learning words. Learning words is much more comparable to learning numbers. We do know people who know many, many decimals of the number pi. Richards definitely has a very good memory, and he knows what the best way is for him to memorize words. 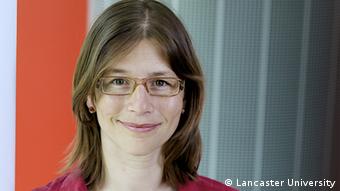 It's probably even a little easier with letters than with numbers, because with letters you do make some sound in your head. He might have used some kind of association processes. For example the French word dont is written the same as the English word "don't." So he could use this similarity to remember that "dont" is an existing word.

How do the processes of memorizing a dictionary and learning a language differ?

When you memorize a dictionary, you sit down and do a lot of repetition. This is one part of learning a language. We all remember this from school, when we had the vocab list in the back of our book that we had to learn. Or maybe you used flashcards with a word on one side and its translation on the other.

When you learn a second language, you get nowhere without the vocabulary, but there are also a lot of other aspects. Grammar, for instance: you learn how to conjugate a verb so it agrees with the person. You also have to study the cultural aspects. With the target language German, you have to learn the difference between "Du" and "Sie." When do you use the polite "Sie" and when can you address someone with the informal "Du"? You also need to pick up on what questions are appropriate to ask in a certain culture and which ones aren't.

What are ways for those of us who cannot memorize entire dictionaries to get better at Scrabble?

It's good if you know about regularities in a language. For example in English, if you want to make a plural, you quite often simply add an "s." So we have table - tables, chair - chairs, book - books. In Scrabble, you would be allowed to bring in the plural form. The same holds for verbs. If you know the pattern of how to conjugate a verb, you already have some options. Take the French manger - to eat. If you know it's a regular verb, you know you can do je mange, tu manges, il mange, nous mangeons, vous mangez, ils mangent. So you already have five different verb forms that you could all use.

We actually know quite the large number of words. You differentiate between words we know receptively, so those we would understand, and words we use productively. Receptively, we usually think adults know around 50,000 words. But with those words we actually use on a daily basis, it's more like 10,000 to 15,000. And reading makes a huge difference. People who read a lot in a very varied context might know as many as 100,000 words.

Marije Michel is a lecturer of linguistics at Lancaster University in the UK. She specializes in second-language-learning and teaching.

About 6,500 words have been added to the definitive Scrabble word list. Expressions such as "lolz" and "twerking" as well as "cakehole" are now permitted. Purists are aghast, calling the changes ridiculous. (21.05.2015)