The only operational airport in the Libyan capital of Tripoli has suspended all flights. Rival groups have been fighting in Tripoli suburbs over the past few days. 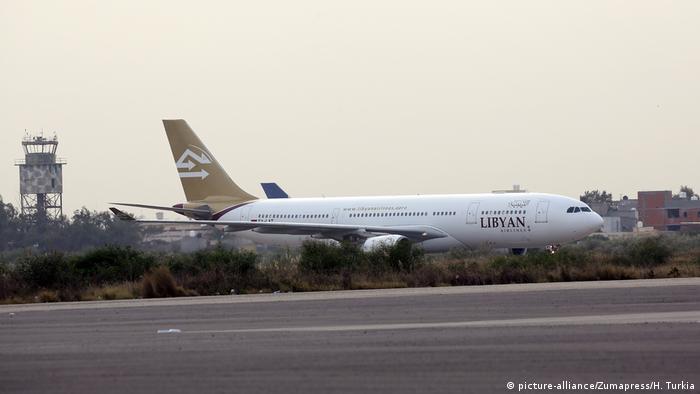 Clashes in Libya's capital of Tripoli have caused a 48-hour closure of Mitiga International airport, the city's only operational airport.

A spokesman for the state airline Libyan Airlines said authorities closed the airport on Friday after some rockets were fired in its direction. Flights were diverted to Misrata airport, which lies 190 kilometers (120 miles) east of Tripoli.

Rival militias have been fighting for days in suburbs south of Tripoli. The clashes erupted on Monday and have left at least 39 dead, including civilians, and wounded 119 others, Libya's Health Ministry said on Thursday.

Though a ceasefire deal was agreed to on Thursday, the conflict reignited on Thursday and continued into Friday.

Tripoli has been at the center of Libya's seven-year conflict, which began with an uprising that overthrew and killed longtime ruler Moammar Gadhafi. The country is currently governed by rival authorities in the Libyan capital and in the east, each side backed by various militias.

The fighting has resulted in refugees migrating to Europe to flee the conflict, many using fragile boats in an attempt to cross the Mediterranean Sea.

Libya goes to the polls in 2018. Citizens of many municipalities are called on to vote for their local councils. DW Akademie helps politicians and journalists by providing them with communication skills training. (04.06.2018)

Forces loyal to strongman Khalifa Haftar are battling jihadists for control of the eastern city of Derna. Yet the international community remains mute as civilians bear the brunt of the fighting. Mat Nashed reports. (18.06.2018)