Lesotho's prime minister, Thomas Thabane, is suspected of involvement in the murder of his wife and recently lost a bid to remove the nation's police chief. Now he has sent the army to "restore peace and order." 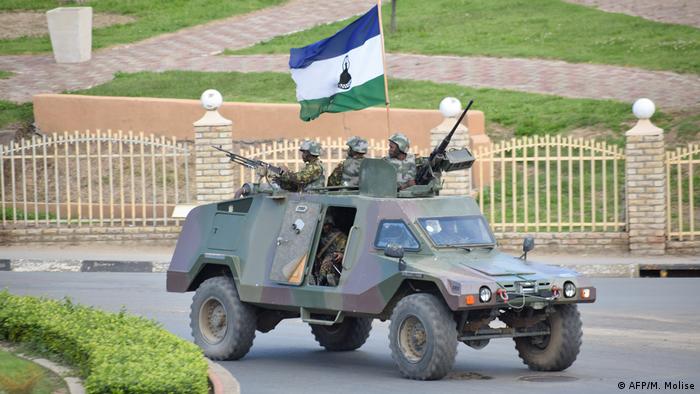 Lesotho's embattled prime minister on Saturday deployed the army to the streets to "restore order," claiming the country is being brought into disrepute by certain people and institutions. He also accused unnamed law enforcement agencies of undermining democracy.

Prime Minister Thomas Thabane has been under heavy pressure to step down following police investigations into his alleged involvement in the murder of his estranged wife in 2017.

Thabane has been grappling to retain his grip on power in the small southern African country.

In televised remarks, he said he had "deployed the army to take control of this situation and take necessary measures against these elements in alignment with the security orders and restore peace and order."

"This is to avoid putting the nation in danger," he added.

The prime minister said the army would also help enforce a 24-day coronavirus lockdown in the country, which has so far not recorded a single case.

In the capital, Maseru, there was a heavy presence of armed soldiers, in bulletproof vests and helmets, patrolling the streets. Military personnel drove around in armored cars and were present on most main streets on Saturday. 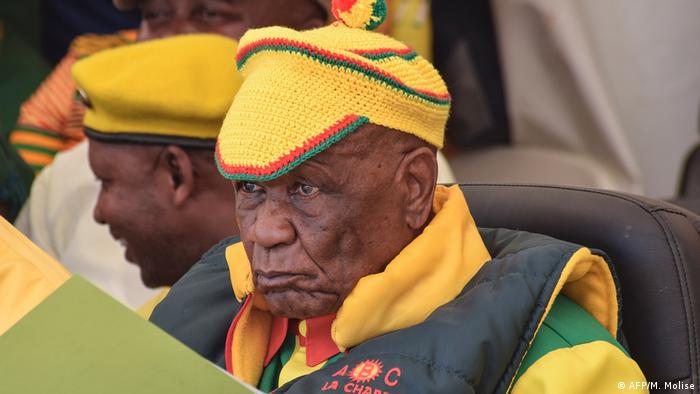 Thabane has been grappling to retain his grip on power in the small southern African country.

The deployment of the army came a day after the country's constitutional court set aside Thabane's decision to suspend parliament for three months.

In March, the prime minister imposed a three-month suspension of parliament shortly after the national assembly passed a bill barring him from calling fresh elections if he loses a no-confidence vote hanging over his head.

The prime minister also recently lost a court bid to remove the chief of police from his role.

A government source told the AFP news agency that the police commissioner, his deputy and another senior police officer have all been arrested by the army.

Thabane, 80, faces allegations he acted in "common purpose" in the killing of 58-year-old Lipolelo Thabane, whom he was in the process of divorcing.

His current wife, Maesaiah Thabane, 43, whom he married two months after Lipolelo's death, is considered a co-conspirator in the murder case and has already been charged.

Lesotho PM to be charged with ex-wife's murder

The prime minister of the tiny southern African nation of Lesotho, Thomas Thabane, did not show up to court to be charged with murdering his wife. Police said they will issue an arrest warrant if he cannot be found. (21.02.2020)

Lesotho: PM Thabane to step down after alleged link to wife's murder

Prime Minister Thomas Thabane has come under scrutiny after the murder of his first wife. His current wife, Maesaiah, is currently wanted by the police for questioning — and her whereabouts are unknown. (16.01.2020)