Lesotho: PM Thabane to step down after alleged link to wife's murder

Prime Minister Thomas Thabane has come under scrutiny after the murder of his first wife. His current wife, Maesaiah, is currently wanted by the police for questioning — and her whereabouts are unknown. 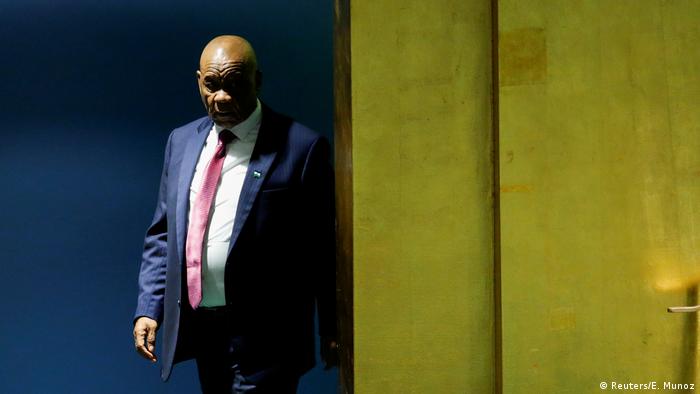 Lesotho's prime minister has agreed to step down after evidence allegedly linked him to the murder of his estranged wife, his party announced on Thursday.

Police have issued an arrest warrant for Prime Minister Thomas Thabane's current wife, Maesaiah, for questioning over the murder of his first wife, Lipolelo, in June 2017.

Maesaiah failed to turn up for questioning on January 10 and police still do not know her whereabouts.

Senior members of Thabane's All Basotho Convention (ABC) party have accused the leader of hindering the murder investigation.

Thabane on Friday framed the decision to step down as a retirement, rather than a resignation, and made no reference to the allegations against him and his wife.

"Truth be told, I have become of age and my strength has lessened, hence I announce before you today that I have an intention to step down and when such time comes I will let you know," the 80-year-old told reporters on Friday.

The next step for the party is to appoint a replacement, which would then need to be approved by parliament.

"There is no exact date in place as to when Thabane shall step down but it's going to be soon," ABC spokesman Montoeli Masoetsa told AFP news agency on Thursday. 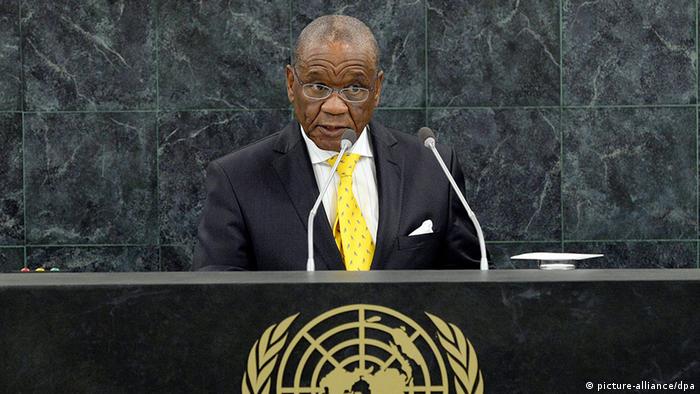 Thomas Thabane, Prime Minister of Lesotho, who resigned on Thursda

Pressure for Thabane's resignation had been mounting as more details emerged concerning the murder of Lipolelo Thabane, who was gunned down days before her husband was sworn in as leader of the small mountain nation in southern Africa.

At the time, Thabane denied involvement in his wife's death, describing the murder as "senseless." He officially married Maesaiah, whom he was publicly together with for years, in a civil ceremony shortly after Lipolelo's death.

The two women were engaged in a legal battle over who should be Lesotho's first lady at the time of the murder.

Polygamy is not legally recognized in Lesotho but is culturally normal, according to the UN. Lipolelo filed for divorce from Thabane in 2012 but the two were legally married until her murder.

Read more: Youth takes up the fight against HIV / Aids in Lesotho

The murder case was brought back to light last week when Lesotho's police chief Holomo Molibel released a public letter that said communication records from the day of the crime picked up Thabane's mobile phone number.

Since 2017, both Thabane and Maesaiah have been accused of corruption by critics.