Legal cases continue a decade after Djerba | Germany | News and in-depth reporting from Berlin and beyond | DW | 11.04.2012

Ten years after a suicide bomber blew up a truck laden with gas-filled bottles at a synagogue on Tunisia's holiday island of Djerba, survivors and relatives in Germany continue to struggle with the attack's effects. 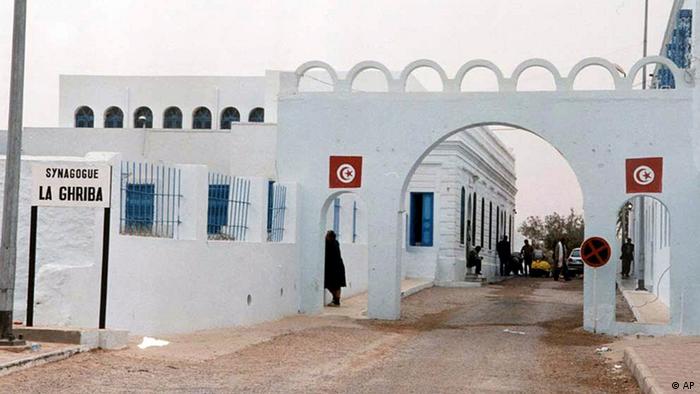 A decade ago, 24-year-old suicide bomber Nizar Nawar took the lives of 21 people by driving a truck loaded with natural gas against the wall of El Ghriba Synagogue on the island of Djerba. Fourteen of the dead were tourists from Germany.

The al-Qaeda terrorist network later took responsibility for the attack. In 2006, Belgacem Nawar, the attacker's uncle, was tried as an accomplice in a Tunisian court. Nawar received a 20-year prison sentence with an extra five years of preventative detention.

In February 2009, a Paris court also found guilty Christian Ganczarski, a German convert to Islam and al-Qaeda member, and sentenced him to 18 years in prison. A year later, a jury in France awarded punitive damages totaling 2.4 million euros ($1.6 million at the time) to 21 German survivors and victims' relatives. The compensation has yet to be fully dispersed to the recipients. 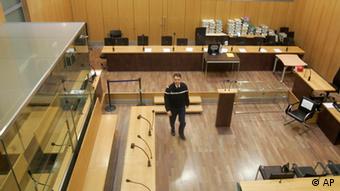 Court cases, like the one that took place in this Paris courtroom, reopen victims' wounds

About 1.7 million euros are still to be paid. As long as the funds are not handed out and the court process continues, many of the victims will constantly be reminded of the incident and its consequences, said attorney Judith Adam-Caumeil, who represents 21 German victims and relatives.

"One man from Berlin is still struggling with the fact that he lost his mother under these terrible circumstances. Ten years later, when he testified before the jury in Paris, he was still under shock," Adam-Caumeil told DW.

The attorney also represents the father of a boy, who was just 4 years old at the time, and who suffered very serious burns from the attack. The father "no longer wanted to be confronted" with the situation, Adam-Caumeil said. When he testified, eight years after the fact, he spent many nights fretting over what he had said, especially since he was standing directly opposite Ganczarski, one of the bombing's accomplices, Adam-Caumeil said.. 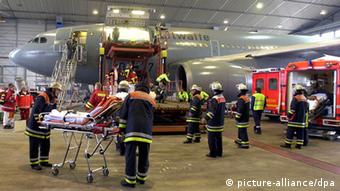 German patients were brought back to Hamburg for treatment

It was, of course, a relief for the victims that the instigators of the attack had been arrested and put on trial, noted Adam-Caumeil, but she also added that "the wounds were re-opened just the same."

The attorney expects a ruling on the compensation payout some time this year. However, she also said she expects that, depending on the verdict, either the French guarantee fund or her clients will appeal; in which case, the trial could go on for another two years.

The bombing's effects on the tourism industry can also still be felt. Ahead of the attack some 300,000 German tourists annually visited Djerba. 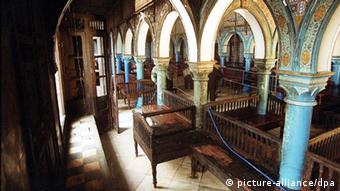 The Tunisian government attempted to play down the attack's significance

"The attack, of course, had devastating effects on German tourism," said Andrea Philippi of the Tunisian Tourist Board in Germany. "At the time it fell by about 50 percent."

In 2003, there were only 120,000 tourists from Germany, and in the following years that number slowly climbed to about 150,000. Although the overall number of foreign visitors to Djerba returned to pre-attack levels within two years, Germans have continued to avoid the island.

In addition to Germany having the highest number of victims in the bombing, Philippi said the government's actions at the time were also partly responsible for keeping Germans away.

"You have to say that at the time the communication from the state was completely wrong," she said.

The Tunisian government in control at the time attempted to downplay the attack and called it an accident. It's a mistake the government later realized and for which it apologized. 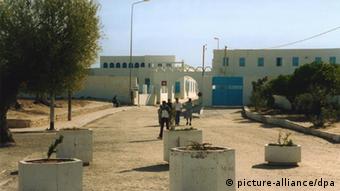 Approaching the synagogue by car is no longer so easy

"In January 2011, we had a revolution in Tunisia and the first minister who came after the revolution apologized in his first conference with German journalists and the current minister has done so as well," Philippi said.

After the uprising that saw former Tunisian dictator Zine El Abidine Ben Ali, tourism to Tunisia has also dropped, making the future of the industry across the entire country difficult to estimate.

"We saw a 41 percent drop in the German market," Philippi said. "But it is starting to improve."

The Thomas Cook and TUI tour agencies have said bookings for Tunisia have fallen dramatically, but added that they have noticed more people interested in traveling to the North African country this year. A TUI representative told DW that although they are not at the level of a decade ago, trips to Djerba have also increased since the beginning of 2012.

Experts look back on a decade of the fight against terrorism

After the 9/11 attacks, the United States declared a 'war' on terrorism. Its ongoing execution has overshadowed the real problems in the Middle East, experts say. (08.08.2011)

Tunisia has so far provided a positive example