Elections in El Salvador will decide whether the incumbent leftist government will gain a mandate for another five years. The winning party must tackle gang violence and address the country's economic problems. 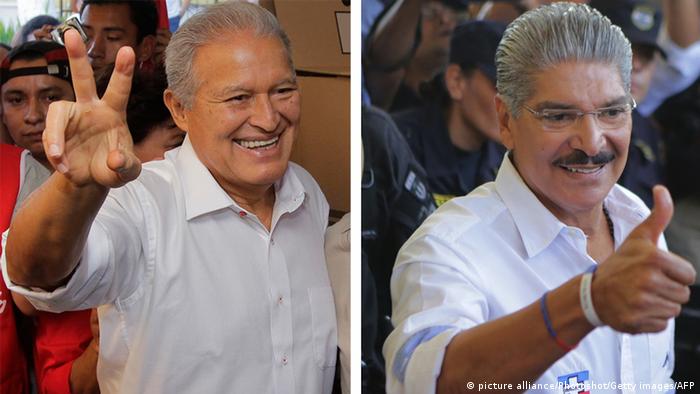 On Sunday (09.03.2014) around five million people in El Salvador will decide whether they want to continue to be governed by the National Liberation Front Frabundo Marti (FMLN), or whether, five years on, they're prepared to give the conservative Arena Party another chance. Several smaller, newer parties failed to make it past the first round of voting, which left the FMLN in the lead.

"A few years ago people would have said this was an impossible scenario," says Elena Martinez Barahona, a political researcher at the University of Salamanca. For three decades the Arena Party always came out on top. This time, however, the list of candidates is led by a guerrilla fighter and not, as so often in the past, by an outsider. "He will probably win, too. Which shows how much El Salvador has changed," says Martinez Barahona. The polls show FMLN candidate Salvador Sanchez Ceren ten points ahead of his challenger, Norman Quijano, of Arena. 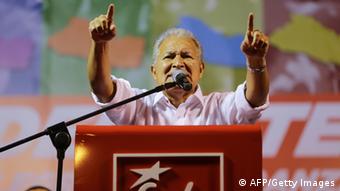 The FMLN "Liberation Front" has been in power since 2009. Its social program to combat violence caused a stir, although it has not yet had substantial success. Political researcher Martinez Barahona does not believe that the FMLN is winning voters because it has been doing everything right, but rather because the conservative opposition does not offer a credible alternative.

On the other hand, she says, the preventive measures against the serious problems of violence in El Salvador are more convincing than Arena's iron-fist strategy. The conservatives fought violence with more violence, she says. The political scientist has conducted several studies about the problem in the country. 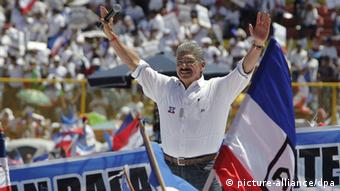 The conservative Norman Quijano is lagging behind in the runoff elections

The statistics are alarming. Over the past few weeks, the Latin American country has been overwhelmed by a fresh wave of violence. The number of murders committed per day has almost doubled: Last year it was five, but in the past few weeks it has risen to around ten a day.

"The problem of violence in El Salvador is very complicated," explains Martinez Barahona. "Unlike drug trafficking in Mexico or the guerrillas in Colombia, the problem in El Salvador, as in Honduras, originates with the youth gangs, the so-called Maras." The political scientist is convinced that the social problems in the country and the lack of alternatives are forcing more and more young people to join the Maras. The gangs often become a substitute not only for their families but also for the state. 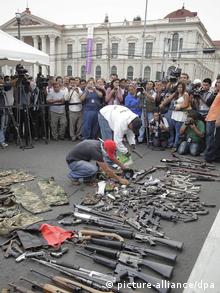 Gang violence is a huge problem in El Salvador

The new government has to do something to combat social exclusion. It will also inherit a huge economic problem: 16 percent of the country's gross domestic product depends on foreign remittances. "Large fortunes, on the other hand, are untouchable," says Martinez Barahona, adding that the government should really also instigate a tax reform and address the redistribution of wealth. People expect results in this respect from the leftist FMLN.

The winner of the election - most likely Salvador Sanchez Ceren - will need to act quickly, she says. He's certainly aware of the challenges he has to meet. If the FLMN doesn't manage to show some results in a second term, it certainly won't get a chance at a third.

Murder, rape and mutilations are common crimes in Latin America, considered one of the most violent areas in the world today. Is the violence a legacy of the region's bloody past? A new study examines the phenomenon. (27.04.2012)