Led Zeppelin to return to court over 'Stairway to Heaven'

A San Francisco appeals court has ordered a new trial in the plagiarism case involving Led Zeppelin and their song "Stairway to Heaven." The band faces accusations of stealing its riff from a 1966 song called "Taurus." 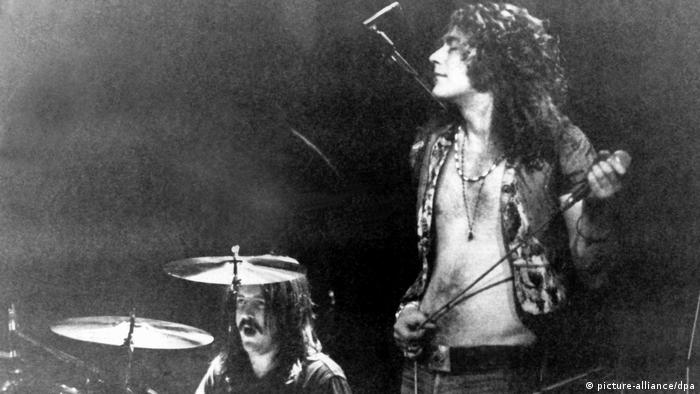 Rock band Led Zeppelin is set to face another court battle over its 1971 hit "Stairway to Heaven" after a US appeals court threw out a previous verdict in favor of the band and ordered a retrial.

The case pits the musicians against Michael Skidmore, a trustee for late guitarist Randy Wolfe of the American band called Spirit. In 2015, Skidmore filed a lawsuit alleging that the Led Zeppelin plagiarized the "Stairway to Heaven" riff from the Spirit's instrumental "Taurus."

Randy Wolfe, also known as Randy California, wrote "Taurus" in 1966. In 1968, Led Zeppelin marked their American debut by opening for Spirit in Denver, and the two bands later toured together.

In 1971, Led Zeppelin released "Stairway to Heaven" which went on to become one of the most famous rock songs of all time.

Read more: How it all began for Led Zeppelin 50 years ago

In later decades, Spirit's guitarist Wolfe publicly commented on the similarities between the riff featured in "Taurus" and the one heard in Led Zeppelin's more famous song.

However, the musician never took legal action against the British band.

In 1997, Wolfe drowned while saving his son during a vacation in Hawaii.

The lawsuit by Wolfe's trustee Michael Skidmore prompted Led Zeppelin members Jimmy Page and Robert Plant to testify before a US district court in 2016. During the trial, they said that the riff they had used "had been around forever" but insisted that "Stairway to Heaven" was original.

Eventually, the jury sided with the band, ruling that there were substantial differences between the two songs.

Judge blamed for misinforming the jury

The Friday verdict, however, overturned this decision, with the San Francisco-based judges finding that the jurors had received some "erroneous and prejudicial" instructions in the lower court.

District judge Gary Klausner misinformed the jury about copyrighting musical elements in the public domain, according to the appeals court.

For example, Klausner wrongly told jurors that copyright does not protect chromatic scales, arpeggios or short sequences of three notes.

Additionally, the lower court allowed the jurors to hear only an expert's rendition of the two songs, and not their studio recordings.

A lawyer observing the trial later said that the sheet music was not faithful to the recording.

The case was been sent back to the Los Angeles court for a retrial.

A ruling against Led Zeppelin could prompt Wolfe's estate to ask for millions of dollars in damages.