There are less than a dozen native speakers of Livonian living in Latvia today. While experts are not very optimistic, language enthusiasts hope to keep the language of their ancestors alive. 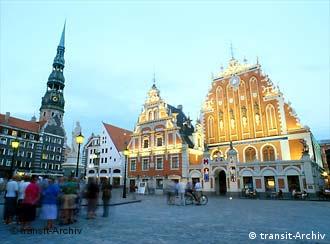 Livonian is recognized in Riga as Latvia's indigenous language

Even though only a handful of people speak Livonian as their mother tongue, this Finno-Ugric language has experienced a small revival over the past few years.

"I'm amazed by this," said Zoja Silje, a language teacher and author of a Livonian textbook. "But some young people even think it's hip to send each other text messages in Livonian."

Silje first came into contact with Livonian through her grandfather, who spoke the language. She started learning her ancestors' language as a student in the 1970s. Since then, she's also been singing in a Livonian choir.

Livonian and Latvian, which is a Baltic language, sound very different from each other. The Livonian alphabet has well over 30 letters, some of which seem strange to Latvians and are difficult for them to pronounce.

The Livonians -- a people who once referred to themselves as raandalists, "coast dwellers," or kalamied, "fishermen" -- have populated the Baltic coastline for centuries. They made their living from fishing and established trading contacts with other neighboring tribes in what is now Latvia. Over time, they started leaving their villages, moving to cities and assimilating with other ethnic groups. By the 19th century, there were only around 2,000 of them left.

Today, a Livonian youth group meets regularly in the Latvian capital, Riga. Their language skills vary. Some have only been learning it for a few months; others started speaking it as children with their grandparents. 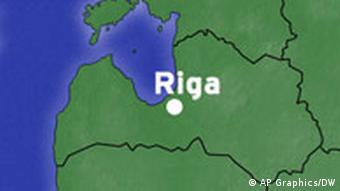 The Livonians have populated the Baltic coastline for centuries

The group organizes trips to Mazirbe, a town on the Latvian coast where there's a Livonian cultural center, or to camps where they only speak Livonian to each other.

"If you learn Livonian and not Spanish, then Livonian won't die," said 17-year-old Beate, who started learning Livonian two years ago.

"I will know it and teach it to my children," she said. "Everybody wants to learn Spanish, but why would you need to go after the fashion? I think it's a question of mentality."

According to Valts Ernstreits, an expert on Livonian in Latvia, learning an endangered language has a lot to do with people embarking on a quest for their identity.

"Latvian identity is very complicated," Ernstreits said. "It is basically young. It has maybe a 500-year-long history. So it's pretty unstable. If you can say you're Livonian, you have identified yourself back to the 12th century."

Livonian is officially recognized as an autochthonous Latvian language by law. The government supports Livonian language activities and provides funds for a state program called "Livonians in Latvia." 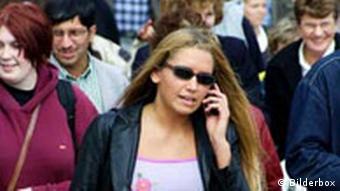 Some young people think it's hip to use Livonian

But, according to Ernstreits, the opportunity to save Livonian has been missed.

"It is basically too late now to preserve the language," said Ernstreits. "You'd have to have very strong motivation for that. Besides, you'd have to be able to use it. And that is the main problem, because you don't have all those native speakers around."

Zoja Silje would beg to differ. She believes that the language of her ancestors will survive either way. 150 years ago, people already thought that Livonian was on the verge of dying out. But it still exists today -- and some even use it to send text messages over their cell phones.

Further information by the European Commission on regional and minority languages and cultures in the EU.

"Some young people even think it's hip to send each other text messages in Livonian." Download Inside Europe's report.