The 1999-2005 Tours de France will remain winnerless after Lance Armstrong's disqualification. With cycling on the brakes after the doping fallout, next year's Road World Championships have an odd mascot: Pinocchio. 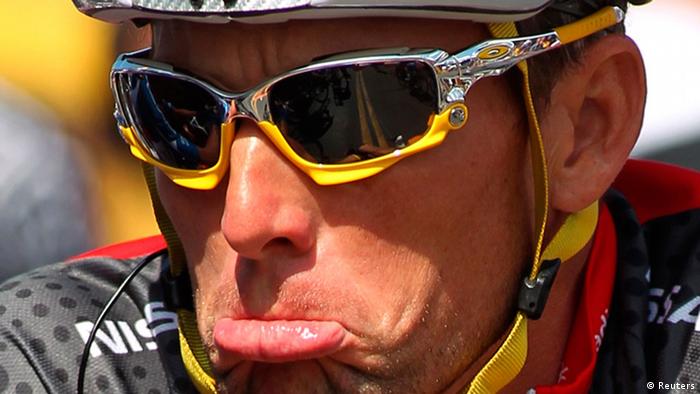 Cycling's governing body called on Armstrong and others to return prize money they had received - in his case, up to three million euros ($3.9 million).

Armstrong has also lost a number of lucrative sponsorships since the scandal broke.

"A cloud of suspicion would remain hanging over this dark period," a statement from the International Cycling Union (UCI) read, but "while this might appear harsh for those who rode clean, they would understand there was little honor to be gained in reallocating places."

The UCI also announced that it would set up a "fully independent external commission" to investigate allegations made against the body over the Armstrong affair.

"UCI is determined to turn around this painful episode in the history of our sport," said the body's president, Pat McQuaid. "We will take whatever actions are deemed necessary by the independent commission, and we will put cycling back on track.

"Today, cycling is a completely different sport from what it was in the period 1998-2005. Riders are now subject to the most innovative and effective anti-doping procedures and regulations in sport."

Though Armstrong never failed a test, witnesses, including former teammates, testified against him. On Monday, the UCI formally stripped Armstrong of his seven titles after ratifying the United States Anti-Doping Agency's decision to ban the 41-year-old Texan for life and nullify his results from August 1998 onward.

'Proud of my second places'

Germany's Jan Ullrich, who finished second to Armstrong in 2000, 2001 and 2003, remains indifferent. Ullrich, Tour champion in 1997, was himself found guilty of doping by the Court of Arbitration for Sport in February, in relation to the Operation Puerto blood-doping scandal that engulfed cycling six years ago.

Lance Armstrong: The end of a fairy tale

His story was too good to be true: He overcame cancer to win the Tour de France for a seventh time. But now he stands to lose everything.

"I've ended my career and I have always said that I'm proud of my second places," Ullrich said in August. "It doesn't really bother me that much."

Among other second-place riders, Alex Zuelle's Festina team was thrown out of the 1998 race after manager Bruno Roussel confessed "an organized doping system." Ivan Basso sat out a two-year ban for his involvement in Spain's Operation Puerto.

As for the puppet representing the 2013 Road World Championships, organizers said: "Ours is a Pinocchio connected to his origins, happy, athletic and attentive. He is looking at the horizon, expressing an optimistic attitude versus the future. The expression of his face is smiling, happy, positive and at the same time astonished."