Kosovo authorities released three German intelligence agents Friday, 10 days after they were arrested and accused of throwing a bomb at a European Union office, a UN official and the men's lawyer said. 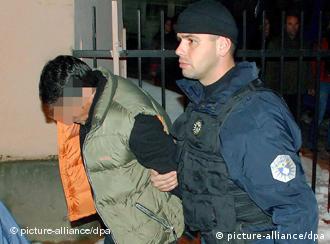 The arrest of the men was widely criticized in Germany

Germany, the second biggest donor to the new ethnic Albanian republic after the United States, was angered by the arrest. A government plane was expected to pick up the men, who work for the clandestine BND foreign intelligence service, on Saturday morning and fly them back home.

Robert Dean, head of the justice department of the United Nations administration in Kosovo, confirmed that the three had been released.

The previous day a panel of Kosovo judges had declined to release the three, and asked an international judge to join in a review of the case. The closed-door hearing lasted nearly 10 hours Friday.

Kosovo police had alleged that the men threw an explosive device at a European Union office two weeks ago, but Berlin sources said the trio had gone to the scene to investigate the blast. A previously unknown Kosovo organization claimed responsibility this week.

In Berlin, deputy government spokesman Thomas Steg said a parliamentary official who reviewed the case in Berlin on Thursday had stated "with remarkable clarity" that the men had nothing to do with the bombing. Steg said it was "a breach of the rule of law" to hold the men.

Aged 41 to 47, the three agents were in Kosovo posing as advisers to western businesses seeking investment opportunities there. Kosovo declared independence from Serbia in February.