Kosovo to Hand Over German Bombing Suspects | Europe| News and current affairs from around the continent | DW | 27.11.2008 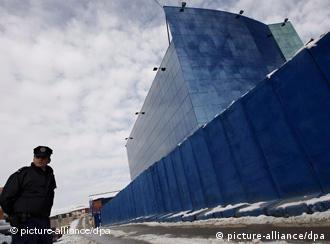 The Germans, allegedly intelligence agents, were arrested in connection with the Nov. 14 bombing of the European Union representative office in Pristina.

Kosovo officials said Wednesday night that they may be released due to a lack of evidence. A special panel of Pristina's District Court had been set on Thursday to decide whether or not they will be released.

However, chairman of the District Court judge Anton Nokaj told journalists on Thursday that the case will be given to an international judge, Vinot Bollelo, on Friday, and that he will make a final decision. 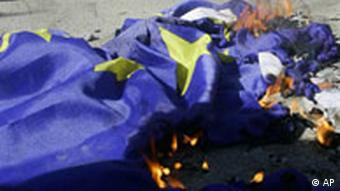 The EU has come under fire for recognizing Kosovo's independence

Earlier on Thursday, an unknown Albanian group calling itself "Army of the Republic of Kosovo - ARK" claimed responsibility for the bombing attack and threatened terror attacks against the Serb minority in the country.

The bombing attack happened a few weeks before a law enforcing EU mission (Eulex) was to become active in Kosovo.

Kosovo Albanians oppose the new plan which the UN agreed with Belgrade on Eulex, in which Eulex would be "status neutral" and would remain under UN command in northern Kosovo where Serbs are in the majority. Albanians fear the move would be a step toward ethnic partition of Kosovo.

Kosovo declared independence from Belgrade in February and was recognized by United States and most EU nations.

In Kosovo, a judge has ordered three Germans held in pre-trial confinement on suspicion of involvement in a bomb attack on an EU office. Insiders, however, suspect a Balkan political intrigue. (23.11.2008)