A South Korean court has found Heather Cho, the daughter of Korean Air boss Cho Yang-Ho, guilty of breaking aviation law in ordering a plane to return to the gate because she was dissatisfied with the cabin service. 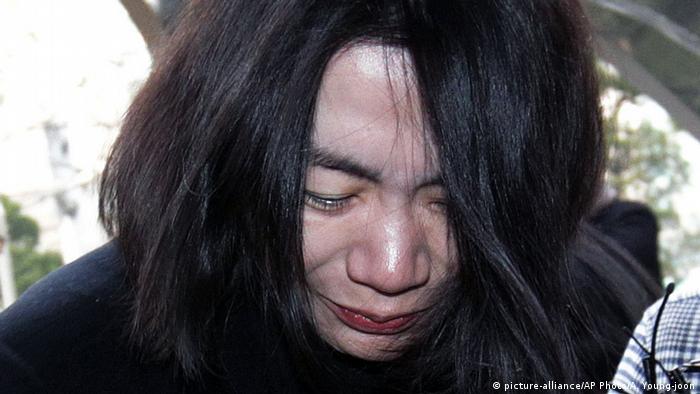 The incident took place at John F. Kennedy Airport in New York on December 5. Cho, the then head of the airline's in-flight service, was traveling first class. Apparently enraged by the fact that she had been served macadamia nuts in their wrapping instead of on a plate, she forced the plane to return to the gate after a heated confrontation with the cabin crew. She also ordered the chief flight attendant off the plane.

Cho was taken in custody on December 30 and had pleaded not guilty to all the four charges brought against her. She has now been convicted of breaking aviation law, together with another charge and given a one year in jail. However, prosecutors had been seeking a three-year jail sentence.

Prosecutors are also seeking two-year jail sentences for a Korean Air executive who has been accused of pressurizing the cabin crew to cover up the incident, as well as for a transport ministry official and former Korean Air employee for leaking details of the ministry's investigation. Their verdicts are expected to be delivered later this month.

Cho had pleaded that her actions resulted from her devotion to work and that the flight attendants had not been following the proper working procedures. She even admitted using violence in that she pushed one flight attendant and threw an object at her.

As regards the most serious charge of changing a flight's route, Cho's lawyers pleaded that the plane had been just a few meters from the gate when it turned back. Cho further deposed that while ordering the chief flight attendant off the plane, she had not realized that it constituted a risk to safety since he was the chief law enforcement authority during the flight.

Cho's behavior, dubbed "nut rage," created a major scandal in South Korea where the economy is dominated by conglomerates run by families who often behave as if they were above the law.

The former Korean Airlines executive who made international headlines for a notorious "nut rage" incident has pleaded not guilty at the opening of her trial. She is facing up to 15 years in prison. (19.01.2015)

A former Korean Air executive has been arrested over an incident earlier this month that has been dubbed "nut rage." The daughter of the airline's chairman is suspected of having endangered flight safety. (31.12.2014)