There is no respite for the UN blue helmets in eastern DRC. New militia groups are gaining in strength and attacking vulnerable civilians, who are angry at the UN's apparent inability to protect them. 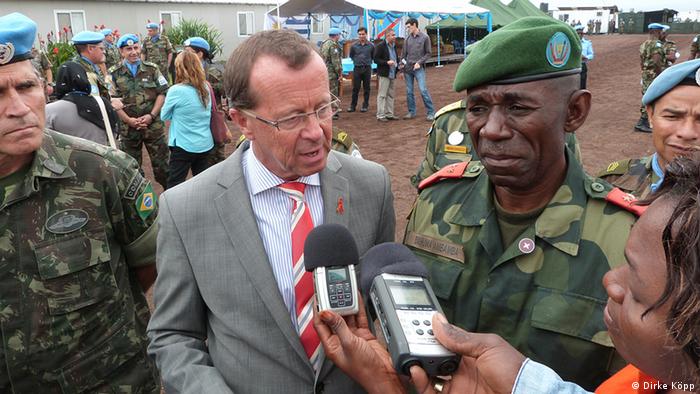 Martin Kobler, head of the UN mission in the Democratic Republic of Congo, MONUSCO, tells DW how he intends to cope with the growing discontent.

DW: Exactly a year ago, MONUSCO blue helmets and the Congolese armed forces defeated the M23 rebels. There was much rejoicing. But now MONUSCO is the target of protests, both in the capital Kinshasa and the town of Beni in the northeast of the DRC on the border to Uganda where ADF-NALU fighters have been attacking local residents. How do you explain the anger being vented by the protestors?

Martin Kobler: When I visited Goma for the first time in August 2013, I was also the target of protests. Stones were thrown at my car because the population believed that MONUSCO was either not responding robustly enough to the security threat, or not responding at all. I could understand their anger - UN troops were in their country but they could not see them doing any fighting. But with the help of the Intervention Brigade, we were able to defeat M23. The political problem has not been resolved but, militarily speaking, M23 was defeated in November 2013. That was when the protests ceased. I expect something similar to happen in Beni. 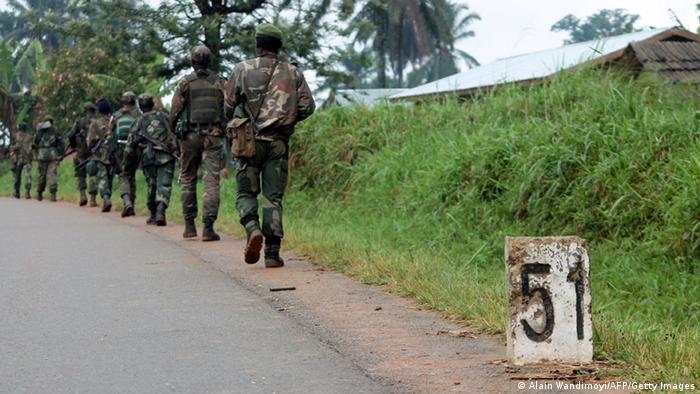 What is going on in Beni and the surrounding area?

Various Mai Mai groups are active there as well as the anti-Uganda ADF-NALU which has Islamist leanings. I was in Beni two weeks ago and will be going there again shortly. Our military commander is there as are other high-ranking MONUSCO officials. It is important to explain to local residents what we can do, but also what we cannot do. We cannot be in every village. The Democratic Republic of Congo is a huge country covered with vast swathes of jungle and bush. It is also important that we maintain a finely-meshed intelligence network so we can react quickly - together with the Congolese armed forces. There are far more Congolese troops in Beni than UN blue helmets. It is not very fair that the population's anger is being directed solely at MONUSCO. And nothing is achieved by saying that MONUSCO should leave the country - the consequences of which can easily be foreseen.

There are, however, those who say that it is not just the ADF-NALU who are involved in the massacres in Beni. In the past, for instance, the ADF was armed with weapons quite different to those that were used in these attacks. Which other groups could be active in the area?

If there are other groups, then we will fight them. All massacres are equally grim. Foreign armed groups such as the anti-Rwandan FDLR, the anti-Ugandan ADF-NALU or M23 often command more attention, but the Mai Mai groups, of which there are between 40 and 50 in eastern Congo, also need to be combated with determination as well - all of them!

There are analysts who say the military pressure should have been maintained, not reduced

They are quite right. The ADF has been isolated, but there are still splinter groups in existence and any one of them could carry out a massacre. With such massacres the rebels want to terrify the population, stop them from backing the government or MONUSCO. We must take resolute action together with the Congolese armed forces. 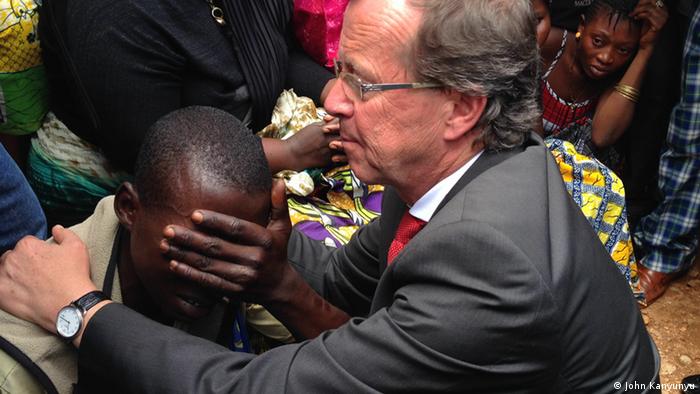 Relations with the DRC government are at a low ebb. In October, Kinhasa expelled Scott Campbell, the head of the UN Joint Human Rights Office in Congo.

But relations were good before and afterwards. We are dependent on the DRC government. I have a considerable trust in my relations with government officials, but that does not preclude differences of opinion. We have published a report about the Congolese police operation 'Likofi' in which people disappeared or were victims of extrajudicial killings. We published this report in good faith, we showed it to the government in advance and also published their reply.

But that did not satisfy the government and they expelled Scott Campbell, the head of our Human Rights Office. I stand firmly by the report our team produced and have asked the government to reconsider their decision. If an unwelcome report is seen to lead to expulsion, then the impact on the human rights community in the region will be deplorable.

In Burkina Faso, the president was deposed by street protestors because he wanted to amend the constitution. President Kabila has similar plans. Need he fear protests similar to those in Burkina Faso?

As far the DRC is concerned, we have always said in the wake of discussions about the elections that the constitution which the country has adopted through parliament should be respected.