Klee: 'We can make much better flavored tomatoes'

US horticulture professor Harry Klee and his international research team have figured out how to return tomatoes to their former, tastier glory. He talked to DW about the secret to improving flavor. 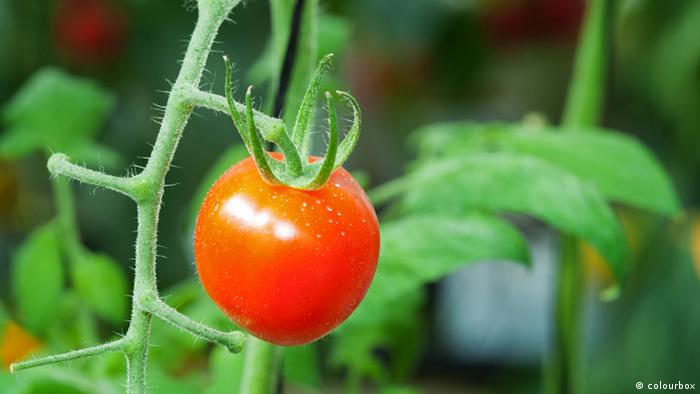 DW: First things first: Is the tomato a fruit or a vegetable?

Harry Klee: Well that depends on who you talk to. If you talk to a botanist, they will tell you it's absolutely, positively a fruit. But for some bizarre reason, about a hundred years ago, the United States government decided to classify it as a vegetable.

How did you get into tomato research?

The simplest answer is that I was hired at the university to work on improving tomatoes. But I was already working on tomatoes before that. It's the number one fruit or vegetable crop in the world in terms of value, so it's really important. It's a crop that has been integrated into virtually every cuisine worldwide, so people love it and adopted it very quickly. But there's also a huge problem: everybody loves to hate the flavor of modern tomatoes. So it was a target that was very appealing scientifically and in terms of its importance.

What have you found out about the flavor of tomatoes now? 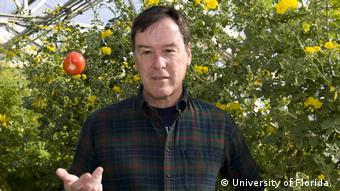 Klee teaches horticultural sciences at the University of Florida

We started out with what seems like a very simple question, but turns out to be chemically complicated: What in a tomato makes people actually recognize it as a tomato and like it? We basically took the tomato apart chemically and asked what in it was responsible for flavor. Not surprisingly, you find that sugars and acids are very important. Sweetness is really critical and probably the most important aspect of flavor. Sourness is important, too. People like that balance between sweet and sour.

But the real richness of the tomato flavor comes from all the volatile chemicals, or aroma compounds. We identified roughly 30 of these different chemicals that all contribute to flavor.

What has changed in tomatoes over the last 50 years? You said there is the need to improve today's tomatoes, so what's the difference between the tomatoes my grandma used to buy and the ones I get at the store today?

The biggest difference is in those volatile chemicals. We found that when we looked at the modern varieties of tomatoes, we could identify 13 of those 30 aroma compounds that were significantly reduced. The aroma of the tomato has really taken a major hit. There's also less sugar.

Modern breeders have really focused on size in particular. They developed bigger and bigger tomatoes. And there is a negative correlation between size and the amount of sugar in the fruit. So by selecting larger fruit over the last 50 years or so, breeders have reduced average sugar levels. Bigger fruit means less sugar.

Why would breeders do that?

Because they have this idea that people want big fruit. More importantly, a lot of it is driven by labor costs. When you have a laborer going through a field or a greenhouse picking tomatoes, the act of picking that tomato costs the same amount of money whether your employee is picking a big tomato or a small one.

In the commercial system, with a few small exceptions, growers are paid by weight, not by quality. The more pounds or kilos of fruit they can ship out the door, the more money they get. So the growers actually like bigger tomatoes because they're easier and faster to pick and provide more money. 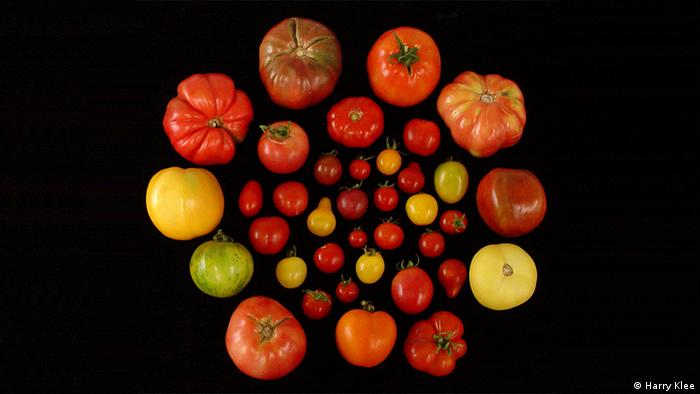 The thing to keep in mind is that the grower is a business person and has to make money, so they've adapted to a system that allows them to survive economically. If the grower was paid a premium for providing a better tasting fruit, they would do it! But that's not the case.

What steps are you taking to make tomatoes taste better again?

By determining the genome sequences of many different tomato varieties, we know what was lost in the modern breeding cycle. We can basically use this information to go back and rescue the more desirable genetics out of the old tomatoes and putting them back into the new tomatoes using traditional breeding methods.

Have you already started creating these retro tomatoes in your lab?

Yes, we have. It's a long process when you're using breeding to do that kind of thing, because we have to rescue the best flavor genetics. The growers won't touch it unless we do that without destroying all of the high yield and disease resistance that these guys rely upon to make money. It's a difficult task, but it's not impossible. It just takes time.

We're not going to make a perfect tomato with these techniques, but we can make one that is very, very much better flavored.

It is. I'm very optimistic.

And how will these better tasting tomatoes make their way from your lab into the real world?

The ultimate intent is to teach all breeders in all companies how to do create them. We're not going to restrict the technology in any way.

We want everyone to be able to get tomatoes that taste much better so people make better decisions about their diet and hopefully eat healthier. Tomato is a great food in terms of nutrition and we want people to eat more of them.

So the goal is to get everybody to make better tomatoes.

Harry J. Klee is a professor in horticultural sciences at the University of Florida.

Growing vegetables and fish together in a confined space, and without fertilizers and pesticides. Is this the future of food production?