Hundreds of human rights defenders are killed every year, many of them with impunity, according to a new UN report. Those involved in issues of environment and rights of indigenous peoples are particularly vulnerable. "Hundreds of Human Rights Defenders are being killed every year, and there is little sign that this is going to stop. We also know that many of these murders are signaled in advance with threats," the Special Rapporteur told DW. Those threats can be direct or indirect, targeted at individuals or more general, according to the report. They "are often intended to intimidate, silence and stop human rights defenders from carrying out their work. There is no more direct attack on civil society space than the killing of human rights defenders," the report reads. 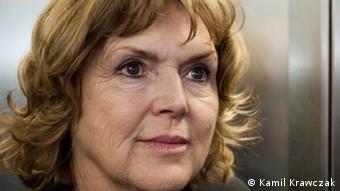 According to the Special Rapporteur, the problem is "widespread." Since 2015, a total of 1,323 human rights defenders have been killed and at least 281 were killed in 2019 alone, the Office of the United Nations High Commissioner for Human Rights (OHCHR) found. The killings were committed in 64 countries worldwide, a third of UN member states.

Latin America is consistently the most affected region. In 2019, half of the killings of human rights defenders targeted those who had been involved in issues of land and environment as well as rights of indigenous peoples and other minorities. "This is partly because those working on those issues are in isolated, remote locations, far from the protective gaze of international media or embassies in major cities," Mary Lawlor explained to DW. "These defenders are often regarded as especially soft targets, whose deaths will go largely unnoticed by the outside world." 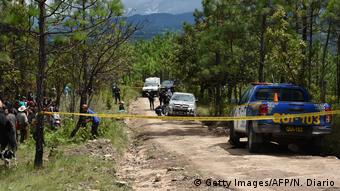 On improving the situation of human rights defenders (HRD), the Special Rapporteur criticized the lack of political will to prevent the murders: "The crisis in HRD murders predates the pandemic, and is fueled in a major way by impunity. If states found the political will to properly investigate the killings, prosecute the crimes and hold the perpetrators to account, it would deter future murders," she told DW, adding that "we see very few of those responsible ever being held to account."

In her report, the Special Rapporteur concludes that states should respond "more effectively to threats against human rights defenders," with interventions including "taking action to stop vilification and threats aimed at defenders, which make them more vulnerable to attacks."

Human rights lawyer Nicholas Opiyo describes an ever-worsening atmosphere for civil society, its defenders and journalists ahead of the presidential election.

The Guatemala head of the French humanitarian organization AVSF has been shot dead in an ambush on his van. French President Emmanuel Macron paid tribute to agricultural engineer Benoit Maria.