Some 900 victims may have faced sexual attacks during Kenya’s post-election violence in 2007. The perpetrators were never brought to justice. Some victims are now taking the government to court. 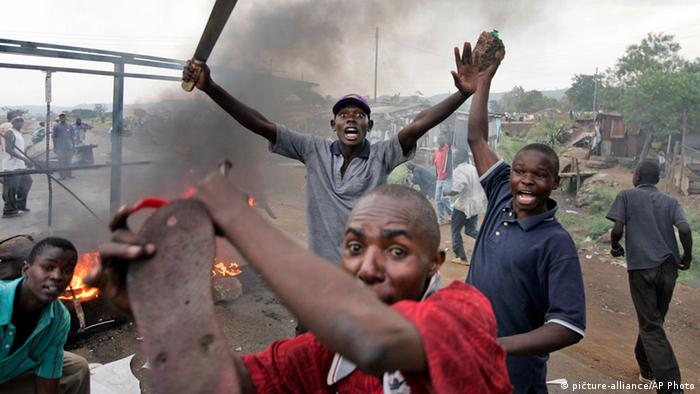 The results of the Kenyan presidential election were announced on 30 December, 2007 confirming Mwai Kibaki's re-election. The opposition accused the government of electoral fraud. Shortly afterwards unrest broke out. 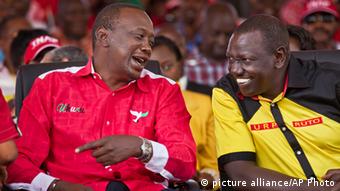 Supporters of both parties armed themselves with machetes, knives and iron bars and attacked each other.

Houses were burnt, people were maimed and mutilated. Women and children were the victims of acts of violence committed not just by civilians, but also by the police. They were humiliated, tortured and raped.

To this day, survivors of Kenya's 2007-08 post election violence have experienced neither acknowledgement of the suffering they endured nor help. "Many of them live with permanent physical scars while others continue to suffer from the psychological effects of rape or HIV infection," said Masheti Masinjila, director of the Collaborative Centre for Gender and Development.

Turned away by the police

Masinjila met women who had tried in vain to report the identity of the person who had raped them. As sexual violence is not considered a serious offense in Kenya, most of them were turned away at police stations. "In one case, the policeman asked a woman, is somebody dead? Has somebody been beaten? When the answer was negative, the policeman said we have more serious things to deal with," Masinjila said.

Now a group of survivors supported by several human rights organizations are suing the Kenyan government. They accuse the police of failing to protect civilians from sexual assault. They also argue that police officers still refuse to this day to track down those responsible for the offenses.

All plaintiffs can remain anonymous to protect their identity. In her opening statement, Lydia Muthiani, deputy director of the Kenyan human rights organization "Coalition on Violence against Women" told the court of a case involving a woman from Kibera slums in Nairobi's south. 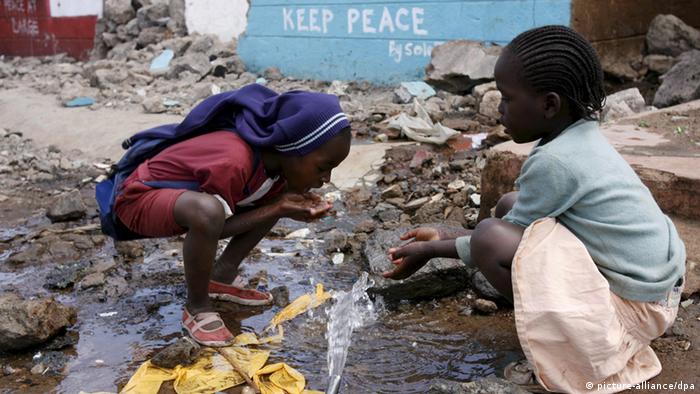 Kibera slum is one of the most dangerous places in Kenya

The woman was first raped by members of a police patrol and later by petty criminals in her home. "They pushed her leg up so far that she knew they had broken it because she felt it snap. After the GSU (paramilitary police) gang had raped her, they left," Muthiani explained. "Later on another group came, their intent was to loot, but when they found her naked on the floor unable to move, one of them said. ‘Oh you are already prepared' and she understood immediately what was going to happen."

Proceedings have been pending since February 2013 with Kenyan authorities taking their time to respond to the law suit. The first date for the hearings was supposed to be on January 22, 2014 but because not all representatives were ready it was pushed forward to March 25.

The case has gained much public attention. It involves a taboo subject and criticism of the government. "If you look at it from a cultural point of view, when a girl is defiled or a woman is raped, many interpret this as a curse," says Faith Ochieng, a Kenyan gender expert. 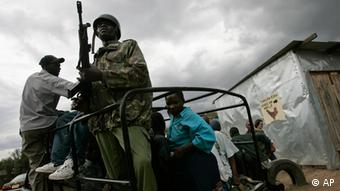 This is one of the reason why she and her human rights organization "Kituo cha Sheria", have made it their mission not only to ensure that the cases come to trial, but that that public opinion on this issue is changed.

Most victims of sexual violence are blamed for what happened. Some are even disowned by their families. A woman who has been raped woman is seen as a shame for the whole family, says Ochieng. Many civil society organizations working for children's and women's rights hope that these proceedings in Kenya will draw attention to this injustice.