Images of police violence against demonstrators, viewed widely on social media, have caused international outrage. Protestors are calling for reform amid accusations that the Election Commission is biased. 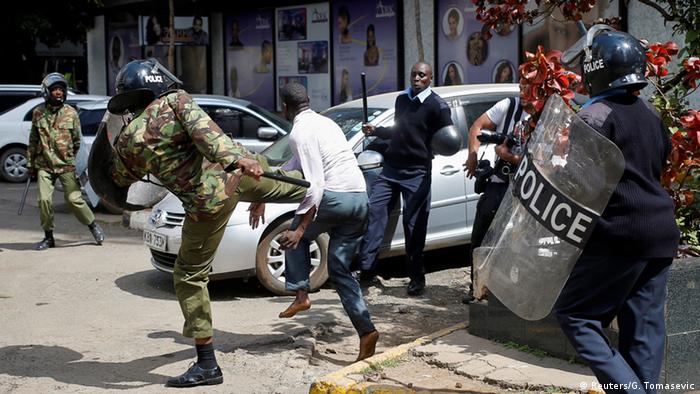 The political impasse in Kenya shows no signs of abetting as both sides of the political divide stand by their positions regarding the future of the Independent Electoral and Boundaries Commission (IEBC).

Opposition politicians and protestors continue to demand the body's disbandment, accusing it of bias towards President Uhuru Kenyatta. But the ruling Jubilee coalition has ruled out dissolving the IEBC.

Kenyan opposition leader Raila Odinga has vowed that his supporters will demonstrate until their grievances are met. "If the Jubilee government is ready for dialogue then we are ready to talk to them," he said. "But as my colleague has said, our demonstrations will be held on every Monday until the Jubilee government is be ready to hold talks with us."

Martha Karua, another leading Kenyan opposition politician, voiced the same sentiments as Odinga, saying that the protests would not stop until the government of Kenya agrees to negotiations. "We're waiting for their communication, when something is on the table then a response will be given," she said.

Prolific Kenyan political commentator Patrick Gathara is optimistic that talks will take place. "It's not the first time the opposition has employed this sort of tactics to get the government to negotiate. In the 90s, we had mass action to push for changes to the electoral system and I think what's happening now is simply following that same template," he told DW. The protests are designed to get the government to come to the negotiating table with better terms than if the opposition took a parliamentary route, Gathara added. 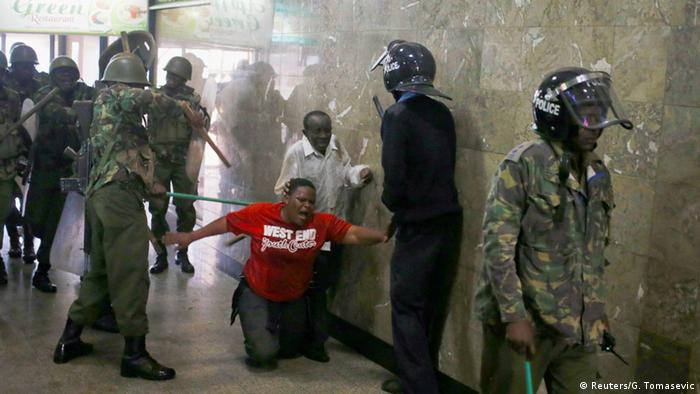 The opposition alliance CORD (Coalition for Reform and Democracy) said the commission is biased towards President Kenyatta and is demanding that new commissioners be named ahead of elections next year. Opposition leader Odinga ran for presidency in the last elections but lost to Kenyatta by more than 800,000 votes. Now Odinga is accusing the commission of irregularities that skewed the results.

But the chairman of the IEBC, Isaac Hassan, said his commissioners will stay put. Hassan added that resigning from office would justify allegations leveled against the body by the opposition. "No amount of intimidation can insult us out of office, we are not guilty of anything so we would rather go to jail to protest our innocence," he said. "Those who are demonstrating are demonstrating on the wrong street, they are banging on the wrong door," said Hassan.

However, according to commentator Gathara, many members of the government agree that there are problems with the IEBC. "I don't think the dispute we have now is about whether the IEBC should go. Now it's about how it could be replaced and by whom," he told DW. The opposition coalition is concerned that without the protests, it would not be listened to on the matter. 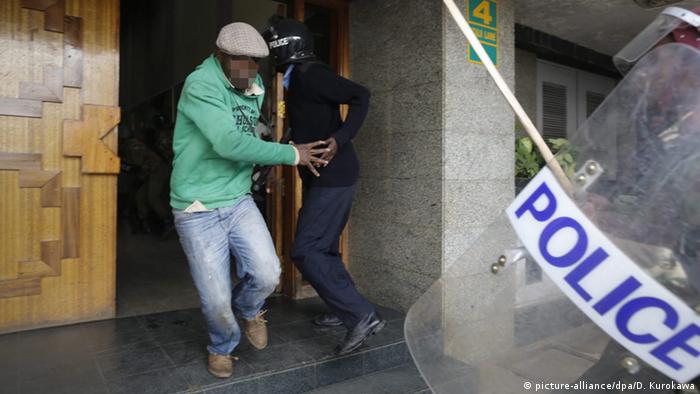 Police violence to be investigated

The government has ramped up its rhetoric towards the protesters, Gathara adds. "At one point they threatened to hang them, although they don't have the power to do that," he said. Over the weekend, Cabinet Secretary Joseph Nkaissery described the protests as a training exercise for police – "essentially setting up the protesters as target practice," saidGathara.

Kenyans condemned the use of excessive force by police officers when dispersing protestors. This comes as a video clip made rounds on social media showing three police officers clobbering an opposition supporter who appeared to be unconscious. Gathara was among those who took to Twitter in outrage.

Gathara said the police's brutal actions during the protests on Monday showed signs of being ordered fromabove. "For me, this demonstrates the politicization of the police. They are acting at the beck and call of the governing coalition and not really acting as an institution that serves all Kenyans," he said.

The country's Inspector General of Police, Joseph Boinnet, told reporters on Tuesday that the conduct of police officers would be investigated.

Calls for a peaceful solution

Concerned Kenyans have turned to social media platforms calling for an end to the protests, which they say are hurting the Kenyan economy by scaring off investors.

Kenya's clergy, led by Bishop Cornellius Korir, have called on CORD to end the protests, saying they are willing to mediate talks between the government and the opposition.

"We are asking everybody to pray for the country and pray that a solution may be found other than violence," Korir told DW. "As of now the church is looking for a solution through dialogue," he added.

15 suspects who were arrested during Monday's protest have been charged with disturbing the peace and carrying arms in public. Week by week, the demonstrations are growing in size.

The protesters were en route to the electoral body's offices in Nairobi to oust its commissioners. Ex-premier Raila Odinga said the officials have done nothing to respond to irregularities during Kenya's 2013 election. (25.04.2016)