Kenya's President Mwai Kibaki has approved a bill that awards him a 216,500 euros send off package as well as other retirement benefits, but rejected similar benefits for the country's legislators. 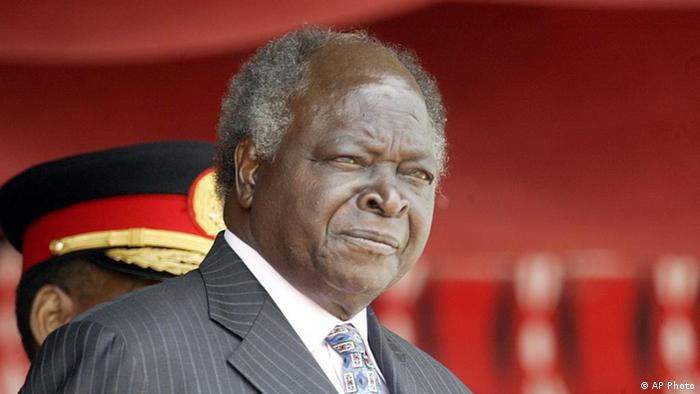 Under this bill the president will also be paid a lump sum take-home pay of Sh12.6 million (110,000 euros) for every term served.

In addition to the above gratuities, the Kenyan president will also be paid pension at the rate of 80 percent of his final salary, meaning that he would earn slightly above 6,000 euros including entertainment allowance every month. 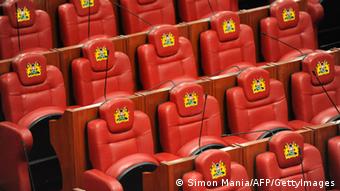 Officials say the 9 million euro renovation, brings the parliament into the digital age

However, Kenya's head of state rejected the retirement benefits for other Kenyan politicians which would have given MPs a hefty Sh9.3 million (80,500 euros) send-off package.

Kenya's parliament has been dogged by criticism since August 2012, after it was renovated at a cost of $12 million (9 million euros), and fitted with state of art seats, that are said to have cost at least $3,000(2,260 euros) each.

The rejected bill has caused uproar among Kenyans and the civil society, who on Wednesday took to the streets, to show their displeasure with the latest show of greed by the legislators.

Human rights activists have condemned the move by MPs to award themselves huge benefits, saying the package was preposterous and a completely bad taste, given the current conditions under which majority Kenyans live in.

The president declined to assent to the law since he had refused to sign a similar bill last year. When he vetoed the previous bill, Kibaki said it was untenable in the prevailing economic circumstances in the country.

Kenyan MPs are among highly paid legislators in the world

DW correspondent in Nairobi, Alfred Kiti reports, that the Constitution Implementation Commission (CIC) wants all retirement bills dropped as they violate the constitution in accordance to the salaries and remunerations act.

The CIC has threatened to seek legal redress from the judiciary if the president signed the bills into Law.

“I want to believe that the Judiciary would be faithful to its mandate and to the constitution of Kenya and would therefore find those laws to be null and void by reason of their unconstitutionality," said Charles Nyachae, chairman of the Constitution Implementation Commission.

Calculated to cover the 222 MPs, the taxpayer would part with at least two billion kenyan shillings (17million euros) to pamper the legislators.

The package would include one armed security guard, a diplomatic passport for both the MP and their spouses, and access to VIP lounge at all airports within Kenya.

It should also be recalled that during its term, the Kenyan parliament, repeatedly dismissed the wage demands of striking public sector workers, arguing that the funds were not available.

Kenya ushers in a new constitution

Political survival has become the order of the day ahead of Kenya's March polls. After falling out with Uhuru Kenyatta, Deputy Prime Minister Musalia Mudavadi now leads the Amani coalition. (07.01.2013)

Kenya's electoral commission says it has seized the initiative and set 4 March next year as the date for a presidential election - the first since 2007 when post-poll violence claimed 1,220 lives. (17.03.2012)

Leaders of South Africa, South Sudan and Ethiopia were among several present at the state funeral in Nairobi. Kibaki, a two-term president, has a mixed political legacy.

Four candidates are vying to succeed President Uhuru Kenyatta in Kenya's 2022 election. A guide to who they are and what they promise voters.