In Nairobi and across the country, Kenya has celebrated 50 years of independence, with national leaders praising progress made since 1963. Britain had ruled Kenya since 1895. 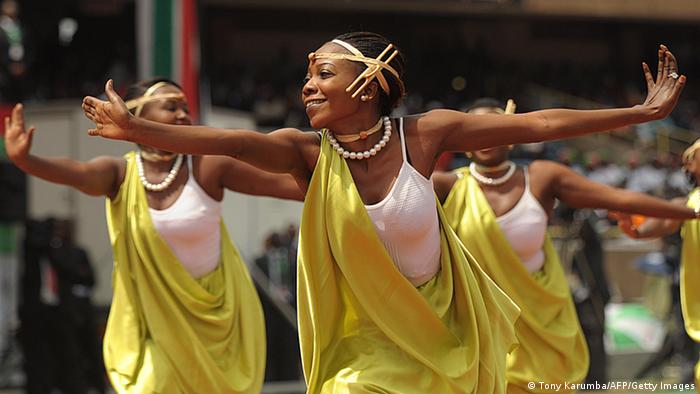 The celebration of 50 years of independence began at midnight local time (0300 UTC). By late Thursday, President Uhuru Kenyatta had marked the anniversary at a ceremony with song and dance attended by 14 heads of state at the country's main stadium in the capital, Nairobi.

At the ceremony, Kenyatta said that 90 percent of Kenyans now had access to education, most people could receive health care because of increased facilities and trained medical staff, and thousands of local entrepreneurs had founded businesses. Kenyatta's father, Jomo, had served as the free Kenya's first president.

"We also have an enviable infrastructure network that facilitates trade across the country as well as the region," Kenyatta said.

He said the achievements of the past 50 years had overcome some of the country's greatest challenges at the time of its independence. Kenyatta also said that the country had become a regional financial hub and numerous multinational companies had set up Africa branches in Nairobi.

Mwali Mati, the director of Mars Group Kenya, which focuses on official accountability, said, however, that the country had lost 30 years since independence because of bad governance and corruption. Mwati said the 50th anniversary should serve as a time of self-criticism.

Kenya tied with Bangladesh, Ivory Coast and Guyana for 136th place of 177 countries surveyed by the anti-corruption watchdog Transparency International. Addressing the issue, Kenyatta said his administration had taken steps to help the economy grow faster - including cracking down on corruption.

"My government in collaboration with Kenyans will get tough with those who use their positions of power to acquire ill-gotten wealth," the president said at the anniversary celebration. "We are committed to fostering an open, tolerant and hardworking Kenya with modern institutions and adhering to good governance," he added. "To do this, all leaders must be ready to be held accountable for their actions."

The independence celebration comes as Kenyatta and Deputy President William Ruto face atrocities charges at the International Criminal Court - an institution increasingly viewed in Africa as neocolonial. Kenyatta denies all charges of masterminding violence following contested elections in 2007 in which more than 1,000 people died and has campaigned to have his trial in The Hague suspended, appealing for support from fellow regional presidents and at the African Union.

On Thursday afternoon, attackers hurled a grenade that failed to detonate at a vehicle carrying British tourists on the road between the Indian Ocean resort of Diani and the port of Mombasa. It was unclear whether the attack was timed to coincide with the country's independence celebrations.