Kazakhstan's most populous city, Almaty, has surprised the International Olympic Committee with its bid presentation for the 2022 Winter Games. Competitor Beijing was assumed to have been the favorite by a wide margain. 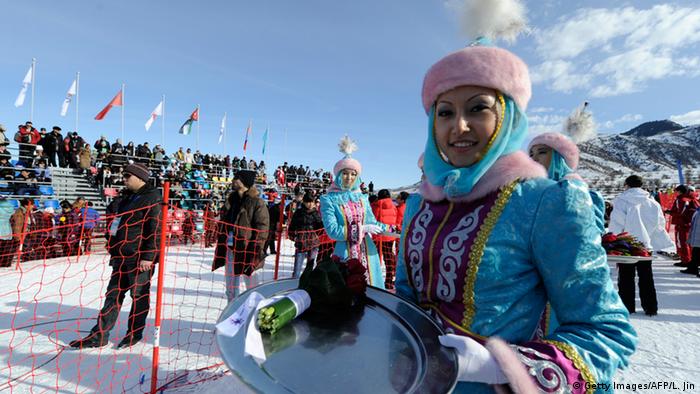 The underdog candidate to host the 2022 Winter Olympics, Almaty in Kazakhstan, delivered a strong presentation at an International Olympic Committee (IOC) meeting in Lausanne, Switzerland on Tuesday - proving that the contest may not be as one-sided as some thought.

Beijing had been considered the favorite in what became a two-city race when Oslo dropped out in October 2014 after one political party criticized the demands made by the IOC on host cities. Almaty, however, turned the tables on Beijing on Tuesday by presenting itself as a "real" winter setting with abundant natural snow.

Each city was given 45 minutes to present their bids, followed by another 45 minute question and answer session.

"I was very, very agreeably surprised," said Canadian IOC member Dick Pound of Almaty's talk to the Associated Press. "I think they attracted the attention of people who may not have been convinced before. It looks to me like they figured out all of the weaknesses of the competitors and the just nailed the differences - snow, water, air, experience."

IOC head Thomas Bach said both bids fully embraced "Olympic Agenda 2020" reforms focusing on making the games more affordable for host cities and the use of existing facilities. This was of particular concern for Almaty, whose weakness was considered to be financial constraints and limited experience in hosting international events.

Beijing is aiming to become the first city to host both the summer and winter games, and played up its experience in hosting the 2008 Summer Olympics during its presentation. Almaty countered that they hosted the Asian Winter Games in 2011, but their main argument was their mountainous, snowy setting with which Beijing simply cannot compete.

"I think the Almaty presentation scored some points," US Olympic Committee chairman Larry Probst told the press, "they drove home he message 'keeping it real.' That was all about snow versus making snow. I think that resonates."

The final decision by the IOC will be announced at the 128th session of the IOC in Kuala Lumpur on July 31.

The 2016 Olympics in Brazil - Chinese to the core

The countdown has begun: In advance of Brazil's hosting the 2016 Olympics, Rio is building for gold. And as DW columnist Frank Sieren writes from Beijing, the lion's share of funding is coming from China. (21.05.2015)

Hamburg warms up for its Olympic mission

A month ago Germany's sports authorities decided that Hamburg would be the country's bidding city for the 2024 Summer Olympics. Now, the legwork is being done in the city to muster support. (14.04.2015)