President Nazarbayev has laid out a timeline to switch the country's writing system over from the Cyrillic to the Latin alphabet. The change should be fully effective by 2025. 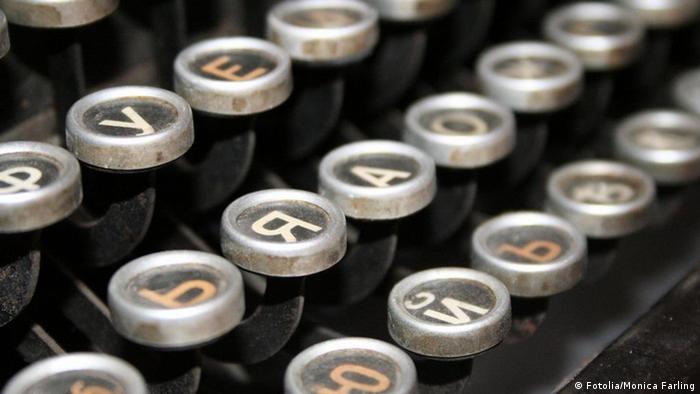 Kazakhstan said it had lifted visa requirements for citizens of the European Union, OECD countries and a number of other states in a bid to boost investment and tourism. (04.01.2017)

Nursultan Nazarbayev is set to feature on new banknotes to be issued following his decision to freely float the country's currency, with the result that denominations now fit the big importance of the autocratic ruler. (15.11.2016)

Nearly two decades after it began negotiations to join the World Trade Organization (WTO), Kazakhstan has finally managed to overcome all stumbling blocks hindering its accession to the international trade body. (27.07.2015)

In an article published Wednesday in the state-owned "Egemen Kazakhstan" newspaper, the Kazakh leader Nursultan Nazarbayev asked the government to start "preparatory work" and "create a schedule for the switch."

He also laid out a timetable for the transition from the currently used modified Cyrillic alphabet with 42 letters to the more internationally used Latin one, with the first deadline set for the end of this year.

"By the end of 2017, after consultation with academics and representatives of the public, a single standard for the new Kazakh alphabet and script should be developed," the 76-year-old president wrote.

He also said that as of 2018, education specialists need to be trained to teach the new alphabet and provide educational textbooks.

The move is part of Nazarbayev's push for modernization and a drive for expanded international recognition for the Central Asian nation that formed part of the Soviet Union until gaining independence in 1991. He dismissed fears that the alphabet swap-over would render large sections of the population illiterate.

The transfer from the Cyrillic to the Latin alphabet has long held a place on Nazarbayev's agenda.

Nazarbayev described the use of the Cyrillic script as "political," noting that the Latin alphabet had previously been used from 1929 until 1940. Prior to 1929, the Arabic script had been used.

"In 1940 … a law was adopted transferring the Kazakh language from the Latin alphabet to one based on Russian script," he wrote. 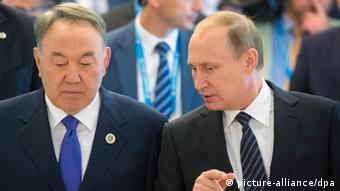 Nazarbayev has been Kazakhstan's president since 1991

The changeover could appeal to Kazakh nationalists, who were alarmed in 2014 when Russian President Vladimir Putin described Kazakhstan as part of the "the greater Russian world."

President Nazarbayev uses Russian alongside Kazakh in his speeches, and the language of the country's giant northern neighbor holds official constitutional status.

Security forces appear to have quelled massive riots in Kazakhstan, although the political situation remains volatile. Karim Masimov, a close ally of former president Nursultan Nazarbayev, has been arrested for treason.