Is it possible to say from what we know today whether Marx's analysis of capitalism and his explanations of the economic machine are basically either correct or incorrect? 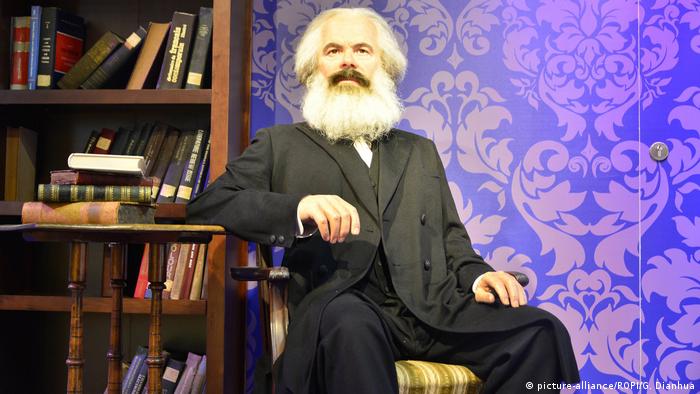 To answer that question, we need to ask whether there is any single core idea upon which the body of Marxist theory is fundamentally based, and whether that idea is right or wrong.

There is, in fact, such an idea. In Volume Two of "Das Kapital," Marx developed a somewhat more sophisticated analysis of the real economy than he had done in Volume One. He attempted to outline how money circulated amongst the key market participants: Workers (in their role as consumers), capitalists, money-owners and money-lenders, and traders (wholesellers and retailers).

But the whole edifice continued to rest on the proposition that the workers were the sole producers of value and hence of "surplus value," defined as the difference between the money cost of producing something and its sales value.

If that core idea is wrong, then Marx's theory as a whole is basically wrong, and so is the main political-economic prescription flowing from it: The notion that the "proletariat" should seize the means of production, and if it does so, all will be well.

It turns out that Marx's surplus value idea is more wrong than right.

It is right insofar as there is some truth to the notion that a capitalist necessarily pays his workers less, in total, than what he can obtain in sales revenues from the goods they make in his factory.

However, there are some fundamental problems with the idea that the difference between a factory's wage bill and its market sales receipts is made up of "surplus value" stolen from the factory's wage-earning workers.

To begin with, the market value of something is not a function purely of its cost of production. An ounce of pure gold, for example, can have the same value on the market regardless of whether it was found in the form of a nugget by a passer-by on a creek-bed at zero cost, or assembled with enormous effort in a refinery from tiny grains of gold leached from tons of crushed rock dug up in a mine by underpaid workers. In the former case, the net profit is actually larger, but where is the exploited worker? He doesn't exist.

In reality, the contribution of labor is only one contributor of value in any production supply chain. There are several other contributors.

First, there is the contribution of nature. For example, fishermen do not create fish; nature does. Second, the managers of factories, who are sometimes also their owners or part-owners, also do valuable work. A key element of the production process is its organization and management.

Third, there is the contribution of machines, which are among the most valuable components of the production process. Machines incorporate, in their designs, the accumulated, orchestrated knowledge and expertise of centuries of scientific research and technological development.

Consider a fully automated robotic factory, with no workers at all, or at most a handful of robot-maintenance technicians. Where is the surplus value of labor?

The enormous amount of cumulative value inherent in the robotic factory is primarily attributable to the work of long-dead physicists who discovered basic physical laws, as well as vast societal systems — schools, technical colleges, universities, collegial lore — for passing along that knowledge in useful forms and turning it into engineering skills. None of this value is attributable to the factory's wage bill.

Fourth, there is the contribution of market-specific effects. When and where a given product is sold matters a great deal to its price. A given product can sell for twice as much in location A as in location B, or at time X over time Y, depending on local, temporary demand conditions. This has nothing to do with the production process in the factory, or with the wages the capitalist pays out to the factory workers.

Fifth, there is a lot of value inherent in relationships and network effects. A capitalist corporation is part of a complex web of valuable relationships between buyers, sellers, advertisers, suppliers, traders, regulators, and so on. The proletarian worker on the factory floor doesn't contribute any of these.

Enormous amounts of ink have been spilled over the century and a half since Marx wrote his analyses, debating the fine points of his ideas. He was among the first to make a careful critique of capitalism and its functioning, and even if many of the specifics of his ideas were flawed, he was right to point toward serious problems and injustices in the workings of capitalism.

For example, his tirades against the disutility of financial capitalists, or "rentiers," i.e. owners and lenders of money who receive interest or dividend payments without real effort on their part, retain considerable merit.

But his "surplus value of labor" thesis underpinned his entire oeuvre, and it was wrong. So was his crucially important idea that capitalism is inherently doomed to collapse due to competitive downward pressure on prices: It turns out that economies of scale, first-mover advantages, consumer loyalty to brands, network effects, and other factors, combine to favor the emergence of oligopolies in which a huge amount of market share is dominated by a handful of corporations in any given sector.

This leaves those companies with sufficient monopolistic pricing power to ensure they can generally continue to accumulate profits, even in saturated, mature markets. That means capitalism, contra Marx and Engels, is not doomed to "collapse from its own contradictions" after all.

The proletariat is a condition of life, not a species

It turns out that any coherent human group requires leadership and management, and those in the leadership group always and everywhere end up becoming a distinct "class" that tends to reward itself with special privileges. As the history of state communist countries has shown, the revolutionary proletarian leader often quickly morphs into a quasi-capitalist exploiter once he has seized power.

There are valuable insights to be gained from Marx. His analysis arguably helped spur the formation of worker-cooperative forms of enterprise, and it supports the notion that profit-sharing and distributed share ownership amongst long-term employees of a corporation enhance economic justice by blurring the distinction between "worker" and "owner" in a benign way.

Ownership, circulation, and concentration of wealth

Marx's analysis also pointed toward the importance of taking a very close look at how money circulates and accumulates between different classes of actor in the economy.

In a magisterial recent paper published by Jorda and colleagues entitled "The Rate of Return on Everything, 1850-2015," based on over 150 years of data, economist Oscar Jorda (Federal Reserve Bank of San Francisco), Katharina Knoll (German central bank), and several colleagues showed that financial wealth dynamically self-concentrates, essentially for arithmetic reasons. Absent stiff wealth taxes, "rentiers" (collectors of financial rent from the mere ownership of assets) automatically concentrate an ever greater share of the world's total wealth in their ownership without any effort on their part, simply by virtue of owning a lot of money to start with, and passively investing it into average portfolios of financial assets.

This analysis lends strong support for proposals to partially re-socialize rentier wealth by, for example, setting up public sovereign wealth funds funded by taxes on accumulated wealth. This would have the effect of redistributing some wealth and re-inserting it into active circulation, with positive effects on total effective demand and total production, as well as equity of distribution.

But the most valuable insight to be gained from Marx is to reject dogmatic quasi-religious faith in the indisputable rightness of the utterances of any individual, however brilliant. Marx was merely an economist, not an infallible messiah. We've noted that he had a pronounced tendency to obstinately insist that he was always right in his ideas. He was wrong about that, too.