When a legendary Berlin dance hall was sold to an investor and closed for renovation, clients feared its soul may be lost. Kaitlyn and Sebastien are among the many couples who fell in love within its hallowed halls. 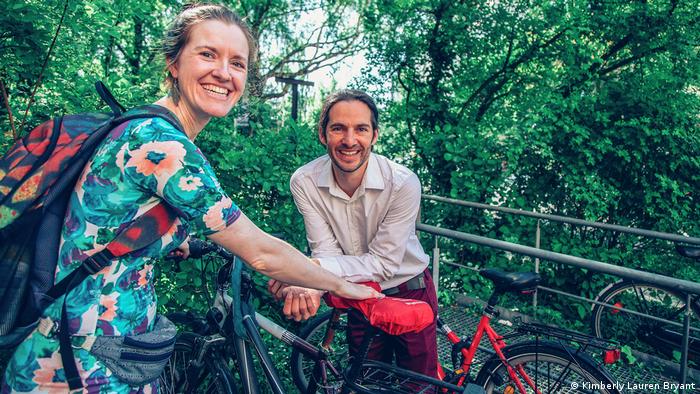 What you're about to read are two love stories.

The first begins on a fall day in 1913, when an entrepreneur named Fritz Bühler opens a dance hall at Auguststraße 24, right in the heart of Berlin.

The second begins at the same address almost exactly a century later, when Kaitlyn and Sebastien finally kiss. It's the last Wednesday in November: swing night at Clärchens. The two have been dancing around each other for months.

The establishment on Auguststraße 24 was originally called Bühlers Ballhaus. But after Fritz' death, his wife Clara took it over and it became known as Clärchens. That's what it's still called today.

Neither Kaitlyn, an illustrator who loves unicorns, nor Sebastien, a software engineer with a penchant for squirrels, came to Clärchens looking for love. They just wanted to dance swing.

Still, amid the blur of partners, they stood out to each other.

"It was more comfortable to dance with Kaitlyn than with other people," Sebastien remembers.

"You could tell there was a connection," she says. But he told her he had a girlfriend, and so she shut herself off.

She did make an effort to remember his name though: It was the same as the crab in The Little Mermaid.

After a few months of seeing each other at Clärchens' popular swing nights, Sebastien told Kaitlyn he had broken up with his girlfriend. She proceeded with caution. "I didn't want to be a rebound," she says. "I didn't just want a fling." 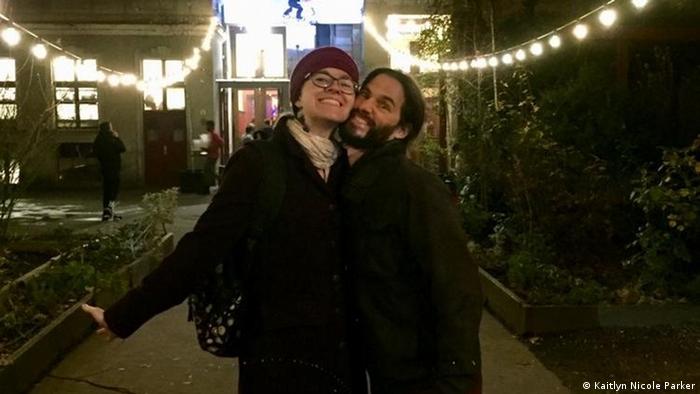 Under Clara Bühler's management, Clärchens Ballhaus became a firm fixture in Berlin's nightlife. It features in Alfred Döblin's 1929 novel Berlin Alexanderplatz and was a favorite haunt of the illustrator and photographer Heinrich Zille.

The city's well-to-do tended to socialize in the grandiose, mirror-lined room upstairs. The ordinary folk would dance in the less lavish but still fine space downstairs.

As it turned out, Sebastien wasn't looking for a fling either. "I was fast to commit," he says, looking across the couch at Kaitlyn, who has her hands cupped around a mug of coffee and is sporting a pair of unicorn slippers.

But if their relationship began carefree and light, it was not to stay that way for long.

During World War II, the Nazis banned all events deemed not to be of "wartime character."

At Clärchens, this meant converting the upper ballroom into a casino for officers. Downstairs, instead of dancing, people gathered to knit.

In the final weeks of the war, the front part of the building was damaged and even a century later, the bullet holes in the ceiling of the ballroom are a reminder of the events that led to the fall of Berlin and the end of National Socialism. Two months after the war ended, people were dancing again in the back. 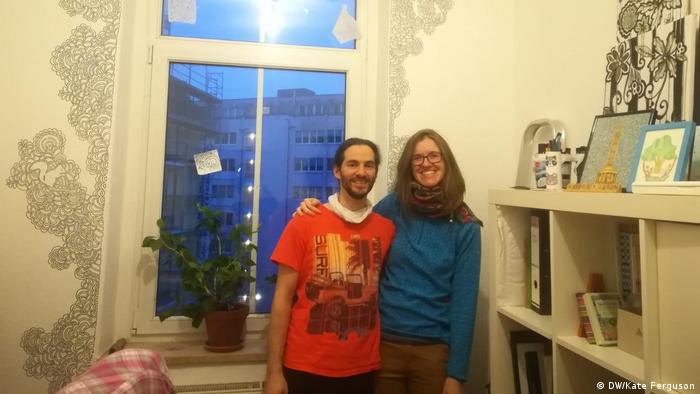 They had not been together very long when Kaitlyn developed skin cancer. It was the beginning of an extremely tough time that would put their fresh love to the test.

With her family in the United States, it was up to Sebastien to take on the role of chief caregiver.

Kaitlyn has since recovered but the mental scars of such a prolonged health scare remain.

Now, all these years later, she delights in the chance to turn the tables and take care of Sebastien any time he is unwell. The opportunities are few and far between.

"I took my first ever sick day last year," he says laughing.

***
When Germany was carved up among the Allied forces after World War II, Clärchens Ballhaus found itself in Communist-ruled East Berlin. Unlike most enterprises, it remained in private ownership, and remained a place where people of all ages and backgrounds gathered to dance.

Since then it has turned into a hub for the city's booming swing dancing scene.

Health issues weren't the only challenge in Kaitlyn and Sebastien's relationship. As an American, her status in Germany was constantly in question. Being an artist made things all the harder. After several years in the country, she was told that she wasn't earning enough to have her usual two-year visa reissued.

Marriage, they both say, was a pragmatic rather than an especially romantic decision.

On May 9th 2018, they biked to the registry office with a picnic in tow. They spent the afternoon in a park where there was plenty of shade.

"Kaitlyn is afraid of the sun now," says Sebastien.

In the evening, they went to Clärchens with their friends.

It was a Wednesday, of course. 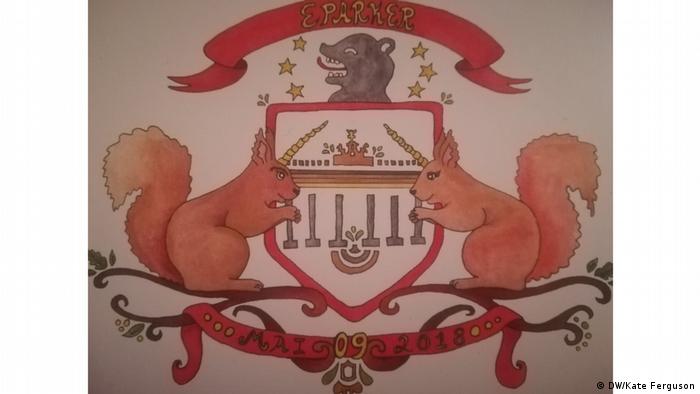 Last summer, German media reported that Clärchens Ballhaus was at risk of closure. Its new owner, investor and photographer Yoram Roth, had plans to conduct renovations. The managers' rental contract, which ran until the end of 2019, would not be renewed.

Berliners — appalled at the prospect of their beloved, century-old dance hall, falling prey to a hungry investor — sprung to action. They set up petitions and wrote passionate posts on social media.

Roth, a seasoned investor with a diverse, culturally focused portfolio, is adamant that the spirit of Clärchens will remain and that it will continue to be a place where Berliners of all ages gather to dance.

Both Kaitlyn and Sebastien agree that it could do with a lick of paint. The ventilation is poor and the acoustics could be better.

Still, in a city whose arty and affordable reputation appears increasingly under threat from money-hungry developers, the closure of Clärchens — however temporary — has hit a raw nerve. For many Berliners, fighting for its preservation has become a kind of labor of love.

In December, the swing-dancing community held a big party to mark its imminent closure.

Kaitlyn and Sebastien were among those who attended. "It was so packed you could barely dance," she says.

That night, she took everything in again: the small DJ stage where they'd been sitting when Sebastien told her that he'd broken up with his girlfriend and the spot on the floor where they had their first kiss.

"You replay those moments," she says. "It's the end of an era. Even if it comes back, it will be different."