The controversy stirred up by the sit-down protest by NFL player Colin Kaepernick shows no sign of letting up. The San Francisco 49ers quarterback has refused to stand for the national anthem at NFL exhibition games. 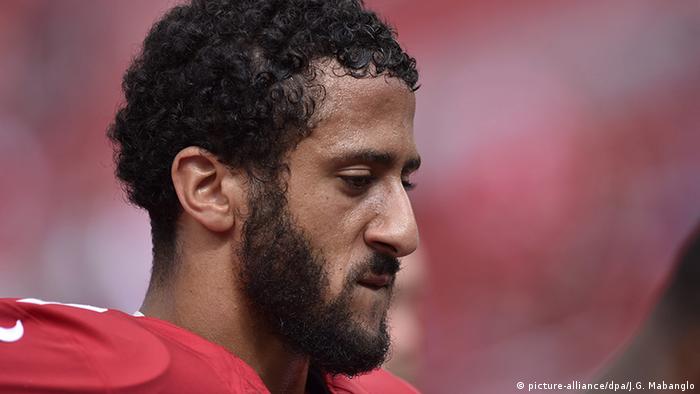 Among the latest to weigh in on the issue was former sprinter Tommie Smith, who won gold in the 200-meter dash at the 1968 Olympic Games in Mexico. Smith, who is remembered for joining fellow sprinter John Carlos in raising a clenched fist during the playing of the US national anthem as they stood on the medals podium, came to Kaepernick's defense in comments published in Tuesday's edition of the "USA Today" newspaper.

"He's just speaking out (but) he used a platform that many Americans don't agree with. He's being vilified in how he brings the truth out," the now 72-year-old Smith said. "I support him because he's bringing the truth out - regardless of how done. If it's not done violently, at least he should be heard."

Against the oppression of minorities

Kaepernick, who has remained seated on the bench during the playing of the national anthem in the 49ers three preseason games, said he was doing so to protest against what he sees as the oppression of African Americans and other minorities.

"To me, this is something that has to change," he said after the 49ers game against the Green Bay Packers last Friday. "When there's significant change and I feel like that flag represents what it's supposed to represent, this country is representing people the way that it's supposed to, I'll stand."

Kapernick, 28, has been supported by a number of other American sporting figures, including former NBA superstar Kareem-Abdul Jabbar. 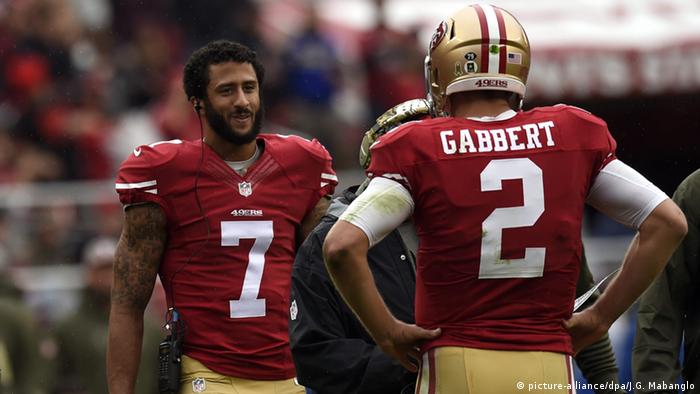 NFL legend Jim Brown told the NFL Network that he was "100 percent" behind Kaepernick.

"I listened to him and he makes all the sense in the world. He's within his rights and he's telling the truth as he sees it," Brown said.

However, there are plenty of detractors, including Republican presidential candidate Donald Trump, who, in an interview with a Seattle radio station, described Kaepernick's protest as "a terrible thing."

"Maybe he should find a country that works better for him, let him try, it's not gonna happen," Trump said.

A number of others, such as the top-ranked American men's tennis player, John Isner, have said that while they support Kaepernick's cause, they don't approve how he chosen to do it.

"I thought that was pathetic from him. The cause he was going for, fine by me - but don't do it in that fashion," Isner said after winning his first-round match at the US Open on Monday.

The 49ers are scheduled to play their final preseason game against the San Diego Chargers on Thursday.

American football quarterback Colin Kaepernick said he sat through the anthem as a protest against racial inequality. His decision has sparked an intense debate on respect and nationalism. (28.08.2016)