Bookworms are in for a treat following the German Book Prize Jury's announcement of its top 20 nominees. Find out which authors are turning heads in the German literary world. 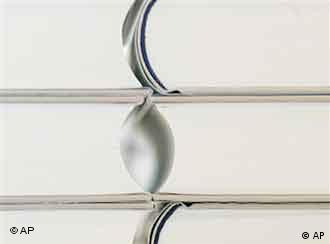 The prize recognizes the best contemporary writers from Germany, Austria or Switzerland

Annually, the German Book Prize recognizes the year's best German-language novel. The winner is selected by a seven-member jury, consisting of literary critics, journalists and other prominent figures in the publishing industry. Authors are nominated by jury members as well as publishers in Germany, Switzerland and Austria. The list can even include unpublished books, provided they'll be on the shelves by September.

This week, the jury announced its long list of 20 novels nominated for the prize that will be awarded on October 4 in conjunction with the Frankfurt Book Fair. Just recently published in German, the nominated novels are not yet available in English. However, Deutsche Welle compiled a list of those who have other books in translation. 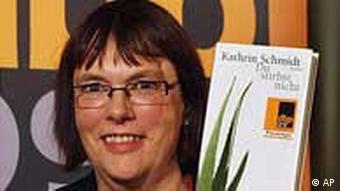 Other authors from the long list for the German Book Prize:

German Book Prize-winner Kathrin Schmidt tracks her protagonist's recovery from a debilitating illness, using humor and a personal touch. The top literary honor was awarded on the eve of the Frankfurt Book Fair. (13.10.2009)