German Book Prize-winner Kathrin Schmidt tracks her protagonist's recovery from a debilitating illness, using humor and a personal touch. The top literary honor was awarded on the eve of the Frankfurt Book Fair. 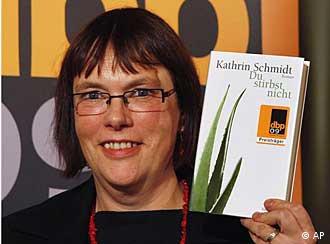 In her partially autobiographical novel "You're Not Going to Die," Kathrin Schmidt tells the story of a woman who wakes from a coma after suffering a cerebral hemorrhage that stripped her of her abilities of speech and movement. The book charts the protagonist's inner struggle to reclaim her life.

"The reader is actually reading about a birth - about how a person, an identity, comes into being," German Book Prize jury member and author Iris Radisch said of the tale.

The endeavor to repossess her abilities of speech drives the heroine, who is an author in the novel. Schmidt's approach is both touching and laconic in the way she tells the story of the protagonist's attempts to tackle this challenge word for word, sentence for sentence. 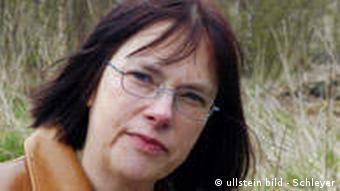 "Her strength is that she is not depressing," Schmidt has said of her protagonist, "and that is similar to my own situation." Her own dark sense of humor is sometimes what helped her through her illness, the author said after receiving the prize. Her work, however, is anything but confessional.

"Confessional" would also not suit an author whose art lies in being to describe contemporary history though the lives of her figures - in the case of "You're Not Going to Die," in the years between German reunification and the beginning of the 21st century.

The author's education in social-psychology is put to good use in her literary works, as evidenced by her debut novel "Die Gunnar-Lennefsen-Expedition" in 1998. In it, she unfurls the chronology of an entire century from the perspective of the female characters of a family.

Her succeeding novels, "Koenigs Kinder" (King's Children) and "Seebachs schwarze Katzen" (Seebach's Black Cats), are likewise studies of individuals and settings and have prompted literature critic Frauke Meyer-Gosau to aptly describe Schmidt as a writer with a "psycho-social, historiographic" approach.

This is particularly evident in how the author tries to come to terms with her East German past, which repeatedly surfaces in her works. 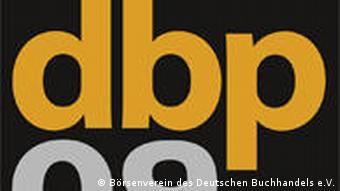 Schmidt was born in Gotha, in then East Germany, in 1958. She studied social-psychology, worked as a child psychologist, and was employed as a researcher at the East Berlin Institute for Comparative Social Research. She quit her post during the times of radical change surrounding the fall of the Berlin Wall in 1989 - to become more politically involved and to participate in the Round Table in East Berlin, which aimed to advance the democratic process.

Schmidt has been a full-time writer since 1994, and in addition to novels, has written stories and poetry. "You're Not Going to Die," which was published this spring, is her fourth novel.

She's described herself as a poor sprinter in the past but a good long-distance runner, and so, too, has been the success of her book: "It did not really get going in the spring sprint, but more and more people have read it since then."

The description is also apt for her entire literary work. With perseverance, a unique writing voice and a particular perspective on how history affects people's lives, Katrin Schmidt has now made it into the first-string line-up of contemporary German writers. Winning the German Book Prize clearly reflects that.

In the five years since its inception, the German Book Prize has helped German literature grab more of the international limelight. It's awarded to the year's best German-language novel. (17.09.2009)

Listen to an excerpt read from Kathrin Schmidt's winning book

In addition to the €25,000 prize, the honor usually gives a big boost to the winner's book sales. This year's short list charts the story of modern Germany.