The decision by King Abdullah II to sack the government on Tuesday came unexpectedly for many observers. Deutsche Welle spoke to Achim Vogt, head of the Friedrich-Ebert Foundation in Amman, on what to expect next. 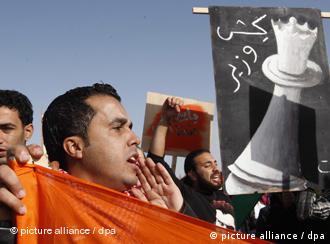 DW: King Abdullah has sacked the government and appointed the former military advisor and premier Marouf al-Bakhit to form a new cabinet. Is it surprising that the King would give in to the demands of the protestors?

Achim Vogt: I don't find the move as such surprising. What surprised us is the timing. We didn't consider the pressure on the streets particularly strong. The demonstrations in Amman have been relatively small and manageable. As a whole, this move was expected, but at a later time.

Why do you think the King made this move now then?

We can only speculate about it for now. The King has in the past few days been travelling all around the country and spoken to many people. This possibly changed his assessment of the situation. He got the feeling that he had to act quickly so that nothing built up as in the course of the situations in Tunisia, Egypt and perhaps also Yemen.

Marouf al-Bakhit has been given orders to carry out 'true political reforms.' Is this a realistic step and can it be realized so quickly? 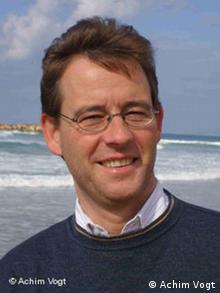 Serious political reforms have been overdue for a long time. The problem is that in the past few years, they have time and again been announced, and also demanded by the King to the government and the parliament. In the end, though, not much came out of it. So you have to be cautious in hoping that it will be different this time.

Marouf al-Bakhit was already prime minister from 2005 to 2007. So he doesn't only have a military, but also by all means a political past. He is certainly someone who has more of a social sense in economic-political terms than his predecessor Samir Rifai, who was very unpopular for that reason. But I'm still somewhat skeptical whether he is really inclined to political reforms.

Will this move for the time being calm the masses or will the protests continue?

It's difficult to assess because at the moment it's unclear how, for example, the Muslim Brotherhood, the left-wing groups or the trade organizations are going to react to al-Bakhit's nomination. On the other hand, the protests in the past few days have been significantly smaller than the ones at the beginning of this wave. On January 14, some 10,000 people took to the streets across Jordan. Last weekend, it was only about 3,000 to 4,000 - so some of the steam had already been let off. That's why this move is by all means somewhat surprising at this point in time.

And when you look out of the window now? Is it quiet?

It's completely quiet here. There is no indication that it will affect the people so quickly. I think we'll have to wait and see how things develop at the weekend, after Friday prayers, if new mass protests take place.