Law enforcement and intelligence officials have been directed to conduct a full assessment of potential domestic terrorism and extremism following the US Capitol attack. 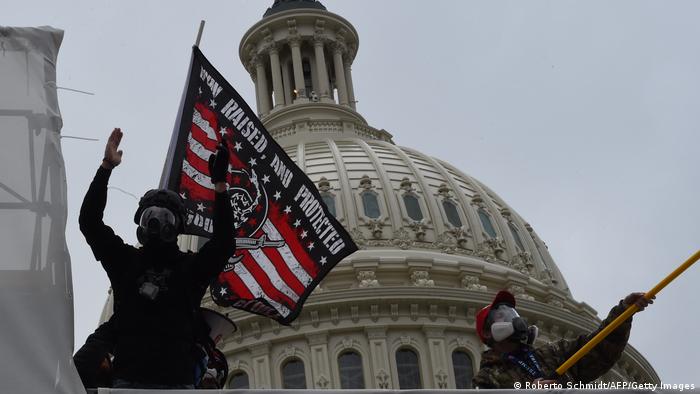 The current FBI director said that in recent years, the most lethal violence has come from anti-government activists

US President Joe Biden ordered law enforcement and intelligence officials to investigate the risk of domestic terrorism following the attack on the US Capitol, his spokeswoman said on Friday.

The Office of the Director of National Intelligence will lead the investigation in coordination with the FBI and the Department of Homeland Security, White House spokeswoman Jen Psaki said.

"We want fact-based analysis, upon which we can shape policy," Psaki told reporters in a briefing.

Tens of thousands of National Guard troops remain in Washington weeks after a violent mob of Donald Trump supporters stormed the US Capitol in an attack that left five dead, including one police officer.

The national intelligence office was created after the September 11, 2001 attacks on the World Trade Center with a goal of thwarting international terrorism. The fact they are leading the investigation could suggest that US authorities are examining how to pivot towards a focus on violence from extremists at home.

Wake of US Capitol attacks

The investigation will be used as a foundation to develop policy

"The January 6 assault on the Capitol and the tragic deaths and destruction that occurred underscored what we all know: The rise of domestic violent extremism is a serious and growing national security threat,'' Psaki said.

Representative Adam Schiff, the Democratic chair of the House Intelligence Committee, said it was "critical'' that the Biden administration appeared to be prioritizing the threat of domestic terrorism. "In particular, far-right, white supremacist extremism, nurtured on online platforms, has become one of the most dangerous threats to our nation,'' Schiff said. 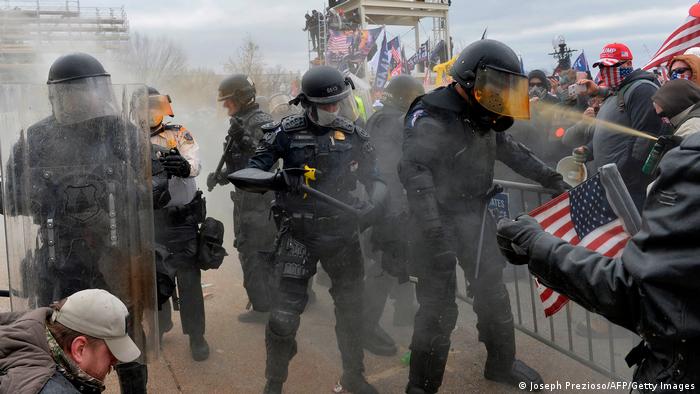 Trump supporters spray chemical irritants at Capitol police officers before the storming of the Capitol building.

The attacks at the Capitol, which led to Trump's second impeachment and upcoming Senate trial, raised questions about whether a federal government national security apparatus that for decades has moved aggressively to combat threats from foreign terror groups and their followers in America is adequately equipped to address the threat of homegrown domestic extremism.

It's an issue that has flared repeatedly over the years with different attacks — including a shooting rampage at a Pittsburgh synagogue and December's Christmas Day suicide-bombing in Nashville. Recent events have once again caused renewed debate over whether a law specific to domestic terrorism is needed.

Current FBI Director Chris Wray said last fall that, in recent years, the most lethal violence has come from anti-government activists, such as anarchists and right-wing militia members.