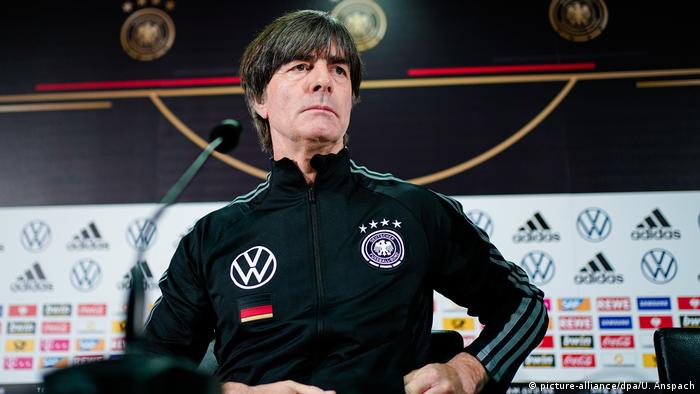 Löw took over from Jürgen Klinsmann in 2006 and led his country to World Cup glory in 2014.

However, following Germany's ignominious exit from the first stage of the World Cup in 2018 and a string of poor results since, Löw's position as national team coach became the subject of intense speculation.

Löw said in a statement that he was "full of pride and huge gratitude, but still with great motivation as far as the upcoming European Championship is concerned."

"Proud because it is something very special and an honor for me to represent my country," he continued. "And because I have been able to work with the country's best footballers for almost 17 years and support them in their development."

Löw also worked as Klinsmann's assistant for two years before becoming head coach after Germany hosted the World Cup in 2006.

"We've experienced great triumphs and painful defeats with them, but above all many wonderful and magical moments — not only winning the 2014 World Cup in Brazil. I am and remain grateful to the DFB, which has always provided me and the team with an optimal working environment."

Germany's first match at this summer's Euros will be against France in Munich on June 15. The tournament was supposed to happen in 2020, but was delayed by 12 months due to the coronavirus pandemic.

Germany soccer coach Löw to step down after Euros

DFB president Fritz Keller hinted that it was Löw's decision to quit as he said the move from the national team coach was "highly respectable" because it gives the governing body "the necessary time to name his successor calmly and with a sense of proportion."

Keller paid tribute to Löw, 61, as he thank him for his service.

"The federation knows what it has in Jogi. He is one of the biggest coaches in world soccer," Keller said. "Jogi Löw has shaped German soccer like none other for years and helped it to the highest levels internationally."

DFB director of football Oliver Bierhoff said: "Under Jogi, the national team once again stood for enjoying the game and attractive, attacking football. This team and players have developed incredibly under him. I regret that we will go our separate ways professionally after the Euros."

Trio of legends to return?

Earlier this month, Löw did not rule out an international recall for previously cast aside players Thomas Müller, Mats Hummels and Jerome Boateng — three players who formed a crucial part of Germany's 2014 triumph in Brazil.

The trio were axed in March 2020 as part of Löw's big revamp following the disappointing 2018 World Cup campaign in Russia, as he placed his trust in a new generation of German talent.

However, Germany won only two competitive games in 2020, culminating in a 6-0 thrashing against Spain, prompting Löw into a possible rethink.

Joachim Löw will step down as German national team head coach after the European Championships. The 61-year-old has been led Germany to their fourth World Cup triumph in Brazil in 2014, but has since overseen decline.

Belarusian athletes may not be able to compete under their own flag at the Olympics following the latest sporting dispute in the country. Meanwhile, football's controversial handball rule has been overhauled once again.