Many of the creators of the most famous comic books - from Superman and Spiderman to X-Men and Batman - were Jewish. How influential was their cultural background on their work? 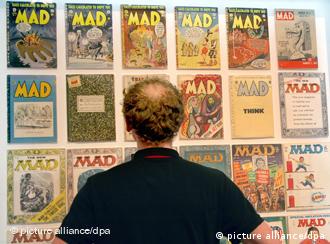 Paul Buhle is a retired senior lecturer at Brown University and author or editor of 35 volumes including "Jews and American Comics." He contributed an essay to the catalogue of the exhibition "Heroes, Freaks and Superrabbis" currently showing at the Jewish Museum in Berlin, and told Deutsche Welle why the "people of the book" are also the people of the comic book.

Deutsche Welle: The exhibition shows that it was only in the 1960s and 1970s that comic book creators began addressing specifically Jewish issues, but do you think that they were in fact consciously processing the Jewish experience before that, even if it not explicitly?

Paul Buhle: It might be more accurate to say that comic book writers and artists were more consciously not processing Jewish experience, or seen another way, were processing their own Jewish experience by assimilating as far as possible. There are notable exceptions to this in a variety of venues, including Harry Hershfield's "Abie the Agent" daily strip of the 1910s-30s; the anti-fascist editorial cartoons not comics of Rube Goldberg, famed comic artist; the social theme comics published by EC during the early 1950s directed against racism and anti-Semitism, and random appearances of themes in MAD magazine and such during the 1950s.

How do you think the lives of Jewish comic creators influenced the kind of work they were doing? For example, Peter Parker, Spiderman's alter ego, couldn't stop his uncle being murdered, and Superman had to leave his planet on the eve of its destruction and abandon his family. Did backstories like these reflect a sense of powerlessness experienced by many Jewish immigrants? 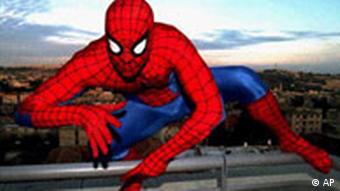 This is a difficult question to answer, and superhero comic books have not been a favorite of mine since age nine. The debate about the origins of superhero story lines would as likely lead us to 1920s-30s pulp magazines with crude Nietzchean undertones as to any internalized saga of Jewish powerlessness. The production of superhero comics is above all a business, with all but details set in its early years. The propensity for enjoyment of violence, in much of the Jewish artists, writers and editors' work in superhero comics, seems to me entirely outside traditions of Jewish humanism, and Yiddish literature in particular.

Do you think when Siegel and Shuster created Clark Kent, they were laying the groundwork for the cultural caricature of the wimpy Jewish intellectual, the stereotypically frail and passive equivocator which was later developed further by Jewish comedians like Jerry Seinfeld and Woody Allen?

The Clark Kentish Jewish male can be seen in many spots of Yiddish literature from the late 19th century onward, in Vaudeville, silent films and so on. It is a Jewish "shtick" along with less pleasant ones long popular in entertainment [e.g., "insurance fires" by Jewish business owners, or patter about impotence by burlesque comedians] known to bring laughs from the mostly Gentile stage audience.

In the first half of the 20th century, did many Jewish artists and writers start working in the comics industry because they couldn't get jobs elsewhere due to anti-Semitic policies?

This would be truer in advertising art than elsewhere, until the 1960s, and indeed, many comic book artists aspired to this better-paying and more prestigious career. In general, comics offered an entry-level job to blue collar youngsters with some talent, mostly but not entirely living in greater New York, where the jobs could be done by youngsters still living at home. The non-Jewish artists and writers came in for the same reasons, and aspired to leave for better-paying work, for the same reasons.

Was there any awareness in the general public that there was a Jewish identity at the heart of many comic creations?

Reviewers, commentators, and so on were rare, until the attacks accelerated in the early 1950s, against the background of the Red Scare and "juvenile delinquency," also the spread of certain types of pornography. At that point, it was a popular belief that "Jews" were involved in corrupting children with comic books. Congressional hearings nearly replicated hearings of "subversive, Communist" influence, and although the Holocaust had banned articulation of anti-Semitism, the sentiment was strong, especially if not only in the South, Southwest and parts of the Midwest, where, in some places, comics were publicly burned by religious or school authorities. If I might add one more element: Jews were widely seen [by J. Edgar Hoover among others] as urging black civil rights, intermarriage, and being part of the anti-Christian culture threatening American culture and American life. Leftwing parents themselves, of course, disliked their children reading comics as much as any other parents. 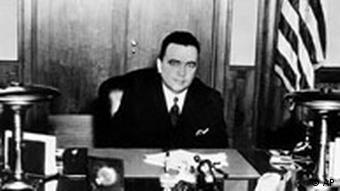 The Legion of Decency [Editors' note: The National Legion of Decency founded in 1933 was an organization dedicated to identifying and combating objectionable content, from the point of view of the Roman Catholic Church in the US, in motion pictures] was aggressively Catholic, and in a number of ethnic groups [e.g., Slavs], anti-Semitic Sunday sermons had only recently ebbed. The comic book industry never recovered, mistakenly hoping to hold on by giving in to pressures, much as the film industry had given in to a Catholic-led censorship project in the 1930s.

One of the continuing myths of American publishing is that television destroyed the comic book industry; not so for many reasons [including the slow spread of effective television reception across much of the country]. Only publishers EC and Classics Illustrated refused to bow down to the censors, and I am happy to say that these, rather than Superheros, were my own favorite lines of comics, as a child. Both of them very Jewish concerns.

Berlin's Jewish Museum is currently hosting an exhibition called "Heroes, Freaks and Superrabbis - the Jewish Color of Comics," which charts the role played by Jewish artists and publishers in the comic book industry. (11.05.2010)

The Walt Disney cartoon character Donald Duck is turning 75. He is famous around the world, but no country seems to be quite as obsessed with the quacking curmudgeon as Germany. (09.06.2009)

They've been goofing around in futuristic cities and ancient Rome for over 50 years. Now the Mosaik comic characters, who provided imaginary escape to many in communist East Germany, are celebrating their 400th edition. (07.04.2009)