Strained by a dependence on fossil fuel imports and a depreciated yen, Japan has logged its lowest annual current account surplus since it began tracking data in 1985. 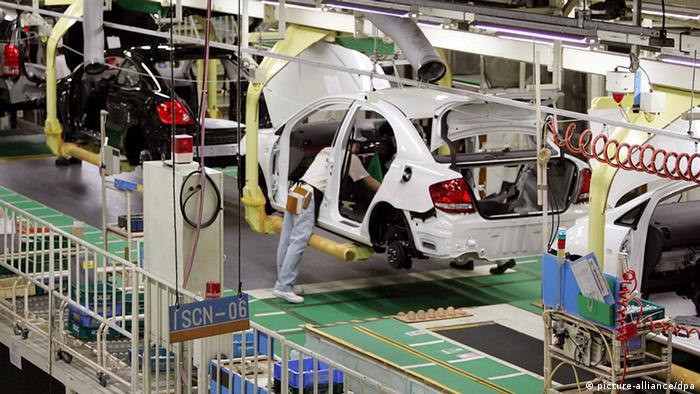 Japan's annual current account surplus has sunk to its lowest level in nearly three decades, a result of rising fuel costs and a weaker yen, the country's finance ministry announced on Monday.

"Exports increased, including those bound for the United States and China. But the trade deficit expanded due to the increase of imports such as crude oil and liquefied natural gas," the ministry said.

Slower exports could endanger the recovery of the world's third-largest economy.

Japan once enjoyed a substantial trade surplus as a major exporter of cars and other industrial products, but the country has recently been strained by its dependence on fossil fuel imports aftertemporarily shuttering its nuclear reactors in the wake of the Fukushima nuclear disaster there three years ago.

The cost of importing goods has also risen since the country began depreciating its currency in late 2012 in order to boost overseas shipments. For instance, the actual volume of crude oil imported to Japan only rose by 1.5 percent over one year ago, but the value of those imports went up by 18.4 percent.

In yen-denominated terms, the price of crude oil has shot up by 16.6 percent.

During his trip to Asia, US President Obama proved unable to resolve differences with Japan over the Trans-Pacific Partnership. Now back in Washington, the president faces growing opposition to the ambitious trade deal. (30.04.2014)

At a meeting in Brussels, EU representatives and Japanese Prime Minister Shinzo Abe pledged to accelerate negotiations aimed at reaching a free trade agreement. Car industry standards are one of the sticking points. (07.05.2014)