Japan’s nuclear watchdog fears that the leak of radioactive water from the Fukushima nuclear plant could be a sign of a much wider problem. The plant was the scene of one of the worst nuclear meltdowns in history. 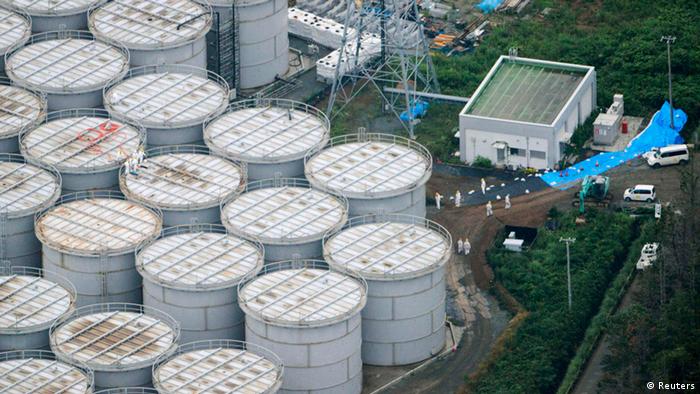 Workers at the company that operates the nuclear facility at Fukushima, the Tokyo Electric Power Company (Tepco), scrambled to check hundreds of tanks used to store tons of radioactive water on Thursday.

This comes after the company admitted that about 300,000 liters (80,000 gallons) of contaminated water had leaked out of one of the tanks, some of which may have entered the Pacific Ocean.

Tepco officials have said they believe the tank in question may have been leaking slowly for weeks, possibly through a flaw in the bottom of the vessel. This has left both Tepco, which built more than 300 extra tanks to hold radioactive water from the 2011 nuclear meltdown, and the country's nuclear watchdog wondering whether some or all of the other containers could have the same defect that led to the leak.

"That's what we fear the most. We must remain alert. We should assume that what has happened once could happen again, and prepare for more," the chairman of the Nuclear Regulation Authority (NRA), Shunichi Tanaka told news conference in Tokyo following a meeting on Wednesday. "We are in a situation where there is no time to waste."

Claims made by Japanese utilities company TEPCO that it has the situation under control in Fukushima have proved false. Radioactive material continues to leak into the sea, forcing the government to step in. (14.08.2013)

During the meeting, NRA officials also discussed raising the rating of the leakage on an international scale for nuclear incidents from level one, which is described as "an anomaly" to level 3, which is considered "serious."

Tepco has also expressed concerns about the tanks that were hastily constructed in the wake of the March 11, 2011, disaster to hold water used to cool the reactors. The roughly 350 tanks have rubber seams and are only meant to last about five years. Although the company has announced plans to build additional tanks with the more durable welded seams, it will not be able to do without those with rubber seams entirely in the foreseeable future.

The meltdown at the Fukushima plant following an earthquake and a tsunami in 2011 sparked the world's worst nuclear disaster since the one to hit Chernobyl in 1986.

Japan hopes the nuclear watchdog's visit will raise confidence for its plans to release more than 1 million tons of water from the Fukushima nuclear plant into the Pacific Ocean.

Ten years after the Fukushima nuclear disaster, the Tokyo Electric Power Co. has been criticized for failing to learn safety lessons.