India is expected to agree to produce rare earth minerals for export to Japan. Japan is trying to reduce its dependence on China for the precious minerals, which are needed for high-tech industries. 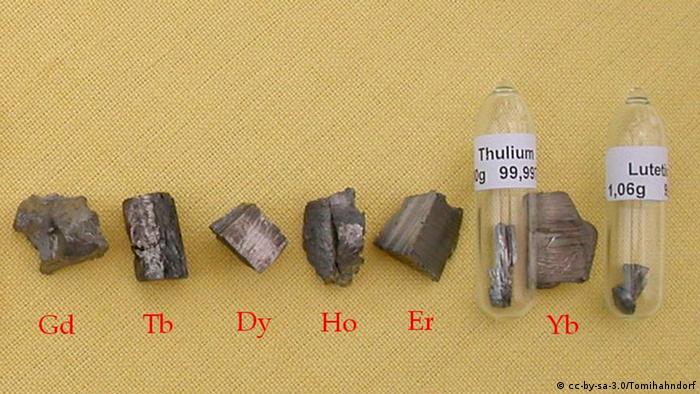 Indian Prime Minister Narendra Modi arrives in Japan on Saturday, and he's expected to ink the deal with Japanese Prime Minister Shinzo Abe during his 5 day visit. Rare earths are needed to make almost anything with computerized systems including consumer electronics and cars - mainstays of Japan's export business.

Japan's Nikkei business daily says production could begin in September, with India exporting over 2,000 tons to Japan, some 15 percent of Japan's requirements. Until recently Japan has been reliant on the world's largest producer, China, for supplies.

However, there have been tensions between the two countries. They culminated in a Chinese ban on rare earth exports to Japan in September 2010, after a Japanese fishing boat collided with Chinese coast guard vessels near disputed islands in the South China Sea.

The mooted India-China deal comes soon after the World Trade Organization ruled against China in an appeal brought by the US, EU and Japan. They were contesting Beijing's decision to restrict exports of rare earths.

China produces 90 percent of the world's rare earth supplies. But in late 2010 it imposed export restrictions claiming it needed to protect its environment and stocks. The WTO said there is no justification for the restrictions.