The government of Japan has announced the country has posted an annual trade deficit of unprecedented scope. Exports took a 2012 tumble owing to weak European demand and a territorial spat with China. 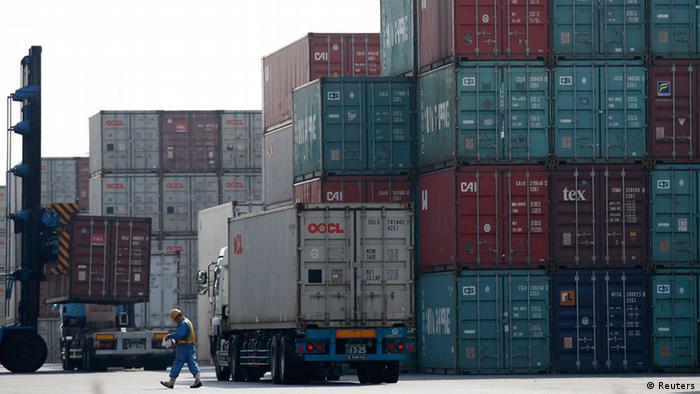 The numbers are bad news for the Japanese economy which has been struggling to stay on recovery course after the 2011 quake-tsunami and the impact of an export-sapping, strong national currency.

The data marked a second consecutive annual trade deficit in an economy that's relied heavily on its export strength, but analysts argued the worst might be over.

"The figures will be better in 2013," said economist Masahiko Hashimoto from the Daiwa Institute of Research in Tokyo. "The European economy may continue to worsen until the middle of the year, but China and other Asian economies are likely to lead the global economy."

A detailed look at Japan's trade statistics for last year revealed that the picture was far from homogeneous. The country recorded a deficit of 139.7 billion yen with the European Union and saw it shortfall with China double amid a feud over some East China Sea islands that had triggered a consumer boycott of Japanese goods. By contrast, Japan ran a 2012 trade surplus with the United States.